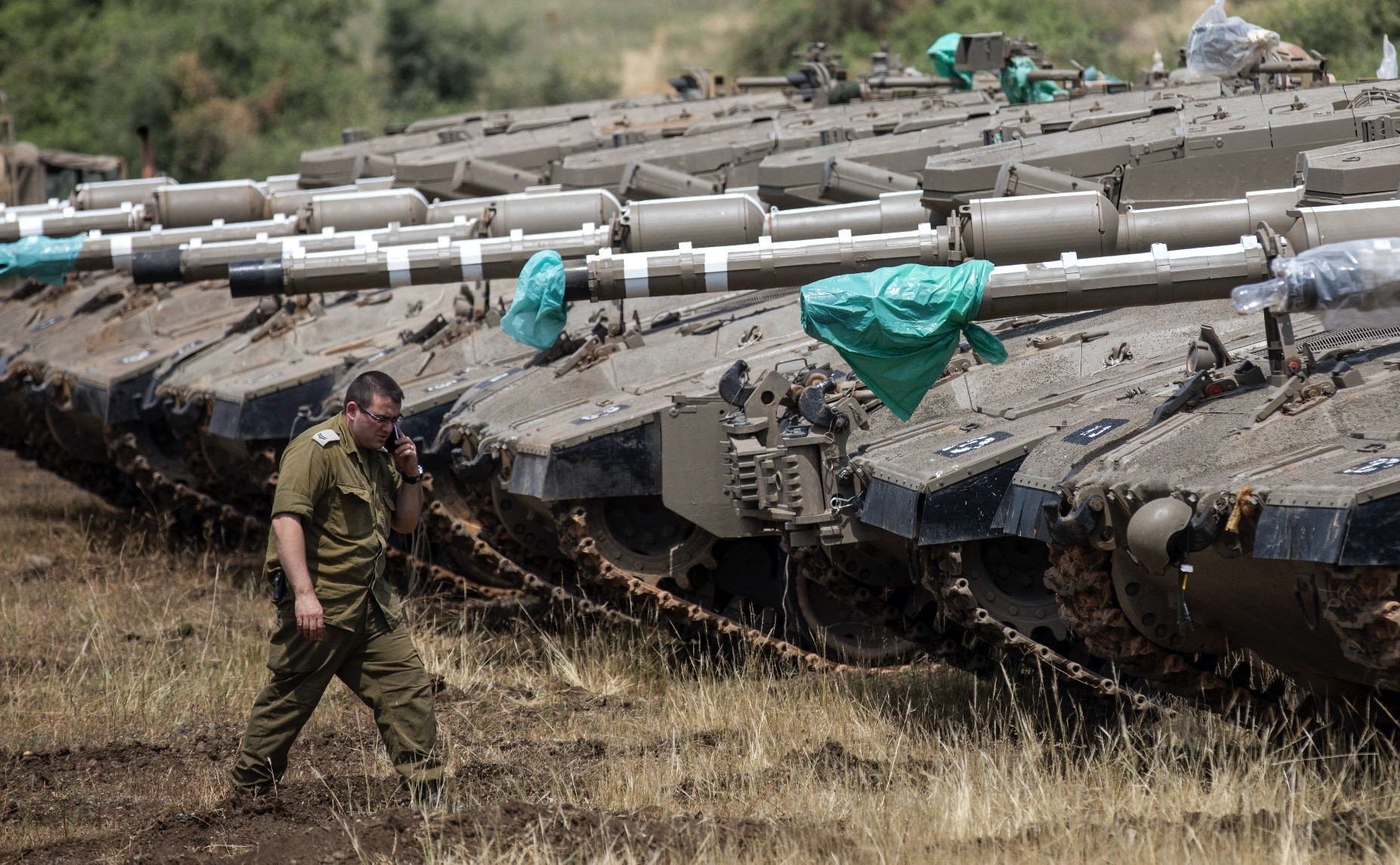 An Israeli soldier walks next to Merkava tanks deployed near the Israeli-Syrian border, Golan Heights, May 9.
by Yusuf Selman İnanç Jun 21, 2018 12:00 am

Recent developments may turn the Syrian civil war, which has witnessed conflict as proxies of international actors, into a scene for an Israeli-Iranian confrontation

In recent days, the news about Syria has started largely focusing on the increasing tensions between Israel and Iran. The former claims that Iranian presence poses a direct threat to its existence, whereas the latter continues making anti-Israel statements. The recent victory of Hezbollah in Lebanon and the claims that Iran was increasing its military presence near the Golan Heights, which are under Israeli occupation, have alarmed Israel.

The battles among the opposition groups and the regime have almost come to an end, as there has been no major battle after the regime recaptured the territories in the suburbs of Damascus. However, Syria, after witnessing the emergence of terror groups like Daesh and PKK-linked Democratic Union Party (PYD), in other words becoming a convenient area for the proxy wars, may become the scene of a conflict between Israel and Iran, recent developments indicate.

Since the war broke out, Israel had been silently carrying out aerial strikes in Syria, mainly targeting the regime and Iranian bases. This time, Israel seems very determined to erase the Iranian presence as it openly informed the media about the aerial operations. Israeli Prime Minister Benjamin Netanyahu said Israel would attack Iran's 'proxies' wherever they are in Syria. Moreover, Israeli media claims that the Israeli army has been increasing its military presence around the Golan Heights.

Immediately after these developments, the U.S., allegedly, has carried out an attack on Iraqi paramilitary group, Hashdi Shaabi, which is explicitly supported by Iran and used against Daesh in Iraq. Yet, a U.S. official told news agencies that Israel is behind the attack while Israeli officials denied to make any comment. Yet, this attack was remarkable in terms of showing that Iran-backed groups are targeted, even if though they are present in Syria to battle Daesh. Another reason, making this attack striking was that it was in Al-Hari, which is located in the western side of the Euphrates. Al-Hari is far away from the Israeli border, lying on a key route between Syria and Iraq.

The international coalitions in Syria seem to be changing. Russia, for instance, has remained intact against Israeli aggression, despite its struggles. Moscow has declared that foreign troops have to leave Syria and has deployed troops near the Golan Heights for the first time since it was involved in the war in 2015. Russia is not an eager supporter of Iran, yet has been continuing the alliance in the sake of saving the regime. Russia may fear that in the absence of Iran, which has been the main supplier of man-power for the regime, opposition groups may be encouraged to expand their control zones.

On the other side, the U.S., under the presidency of Donald Trump, has solely focused on curbing Iran's power and therefore has increased its cooperation with Israel in the region. The decision of moving the U.S. embassy to Jerusalem was the most explicit indicator. At the same time, the Gulf countries, under the leadership of Saudi Arabia have been following a bitter policy against Iran, which is unfolding into an undeclared alliance between the United States, Israel and Saudi Arabia. It is certain that the Gulf's main target is not the Syrian regime but Iran. Thus, it may be expected that specific attacks and threats in rhetoric may lead to a major confrontation between Israel and Iran in Syria.