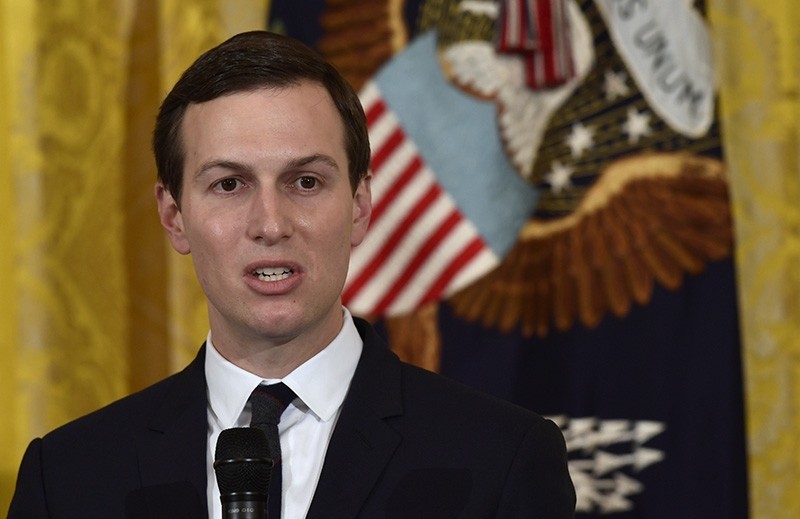 The meeting with Prince Mohammed bin Salman came as Israeli warplanes pounded Hamas targets in the Gaza Strip in response to a barrage of rockets and mortar shells fired from the Palestinian enclave.

The White House said the discussion built "on previous conversations," and included "the need to bring humanitarian relief to Gaza, and the Trump administration's efforts to bring peace between the Israelis and Palestinians."

The visit came a day after Greenblatt and Kushner met with Jordan's King Abdullah II in Amman to discuss the peace process during a regional tour that will also take them to Israel, Egypt and Qatar.

Kushner and Greenblatt have said the plan they are drawing up for building peace between Israel and Palestine is nearly complete, though what exactly a plan by the pro-Israel U.S. leaders would entail is unclear.

Peace talks between Israel and Palestine have been stalled since 2014 are unlikely to resume anytime soon due thanks to a series of aggressions by President Trump.

Relations between the White House and the Palestinian Authority (PA) government, led by President Mahmoud Abbas, are at a historic low after Trump declared the contested city of Jerusalem as Israel's capital and moved the U.S. embassy there in May. The move sparked international backlash, and Abbas has since refused official contact with the Trump administration.

Israel captured the eastern half of Jerusalem in a 1967 war and annexed the territory, which Palestinians want for their future capital.

Washington has long been the main mediator of Israeli-Palestinian peace and brokered the 1993 Oslo Accords, which paved the way for establishing Abbas' PA government. The actions of the Trump administration, however, have prompted leaders across the international community to conclude that the U.S. has forfeited its role as mediator.

Chief Palestinian negotiator Saeb Erekat called Greenblatt "a spokesperson for the Israeli occupation" in the Israeli newspaper Haaretz. Greenblatt, writing in the same newspaper, said his counterpart has "not achieved anything close to Palestinian aspirations."

On Tuesday, Erekat slammed a reported effort by Kushner to raise over $500 million from Gulf nations to rehabilitate the blockade-hit Gaza Strip.

"The U.S. is getting itself in a very dangerous game by trying to replace out national rights with humanitarian projects," Erekat said on Voice of Palestine radio.

Nabil Abu Rudeineh, a spokesman for Abbas, said Monday that the Palestinian leadership will "thwart all plans and conspiracies aimed at liquidating the Palestinian cause."

The latest spike in tensions follows weeks of deadly protests and clashes along the Gaza-Israel border which have left scores of Palestinians dead, as well as the worst military escalation last month since a 2014 war.