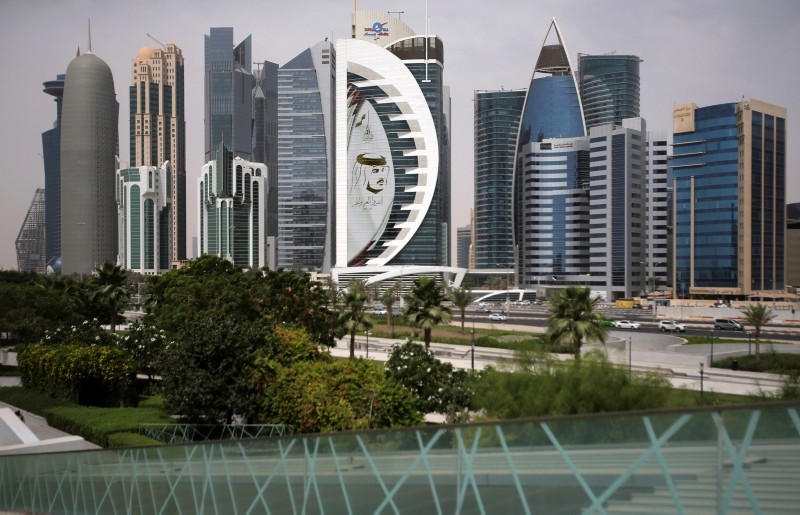 The United Nations' highest court on Wednesday began hearing a lawsuit by Qatar accusing the United Arab Emirates of "discrimination against Qatar and Qatari citizens" amid a yearlong boycott by four Arab nations. The UAE denies the allegations.

The case before the International Court of Justice at The Hague, Netherlands, is the latest salvo in a bitter, year-old diplomatic dispute among Gulf Arab nations allied to the U.S. The four nations boycotting Qatar issued an early-morning statement saying they planned their own lawsuit at the ICJ over a dispute around their decision to shut their airspace to Doha.

"There are no opportunities for Qataris to seek justice for these human rights abuses," said Mohammed Abdulaziz al-Khulaifi, one of Qatar's representatives at the hearing. "The UAE has fostered such an environment of hate against Qataris. ... Individuals in the UAE are afraid of even speaking to family members living in Qatar."

Qatar filed the lawsuit earlier this month, accusing the UAE of violating its obligations under the International Convention on the Elimination of All Forms of Racial Discrimination. Bahrain, Egypt and Saudi Arabia, the other countries boycotting Qatar in the dispute, have not consented to the court's jurisdiction, though the UAE has, Doha said.

The UAE's alleged violations include that "thousands of Qataris are unable to return to the UAE, separated from their families there," al-Khulaifi said, adding that Qataris have lost jobs and property, and have been unable to continue their studies at UAE schools. He also said the UAE has threatened prosecution for those who offer "sympathy" for Qatar amid the dispute.

Representatives for the UAE will respond to Qatar during a hearing scheduled for Thursday.

The four Arab nations cut ties to Qatar on June 5, 2017, just after a summit in Saudi Arabia in which Gulf leaders met with U.S. President Donald Trump. They also launched an economic boycott, stopping Qatar Airways flights from using their airspace, closing off the small country's sole land border with Saudi Arabia and blocking its ships from using their ports.

They claim the crisis stems from Qatar's support for "extremist" groups in the region, charges vehemently denied by Doha. Boycotting countries' demands include limiting diplomatic ties to Iran, shutting down the state-funded Al-Jazeera satellite news network and other media outlets, and severing ties to all "terrorist organizations."

"The real purpose of the demands is to undermine Qatar's sovereignty," al-Khulaifi said.

The dispute has hurt Doha-based Qatar Airways. Qatar has sent complaints to the International Civil Aviation Organization, a U.N. body, about the boycotting countries closing off their airspace, as well as violating the country's airspace. The UAE has sent its own complaints as well, accusing Qatari military aircraft of flying dangerously close to Emirati planes.

Early Wednesday, the four Arab nations said they'd take their own case to the ICJ over their opinion that the ICAO "was not competent to consider that dispute."

"The appeals and hearings of the International Court of Justice are expected to take a long time ... and accordingly the four states will continue to close their regional airspace to Qatari aircraft in order to preserve their national security and sovereign rights," the nations said in a statement.