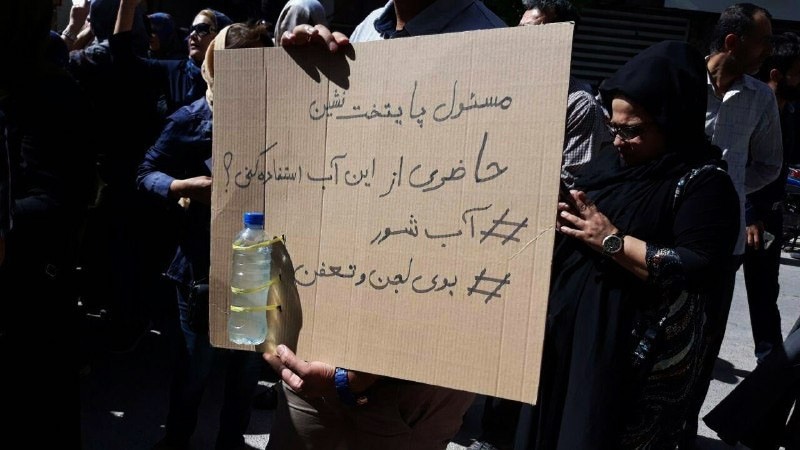 The latest protests were held in Abadan, 12 kilometers (8 miles) from Khorramshahr, where 11 people were hurt Saturday when an unidentified gunman opened fire during a demonstration, according to officials.

State-run IRNA news agency did not specify how many people were involved in the Abadan demonstration, but said security forces had broken up a crowd that was "disrupting public order."

It said people protesting over poor water quality in a western district of the city had thrown projectiles and set fire to rubbish bins and a vehicle.

The agency did not report any further injuries, but added that water pollution in the two cities of Khuzestan province had sparked several demonstrations over the past four days.

230 people were poisoned after drinking polluted water in the oil-rich province, which borders Iraq and is home to a large Arab community.

The province was devastated by the eight-year war between Iran and Iraq in the 1980s and suffers from chronic pollution and drought.

Iran is currently facing drought due to lack of rainfall. People have to buy water from tankers as tap water is high in salt content.