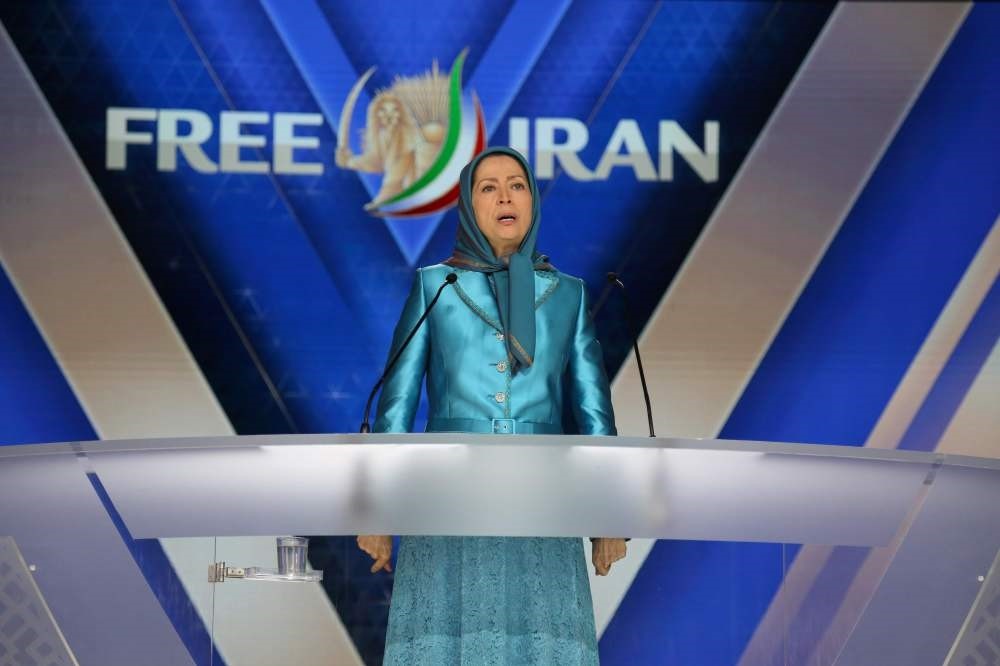 Maryam Rajavi, the leader of the People's Mujahedin of Iran and the National Council of Resistance of Iran, calls for regime change from Paris, as the country faced a series of protests

Protests in Iran continue to shake the regime, which generally considers people as adherents to the regime founded by the supreme and mystic leader Imam Khomeini in 1979. Until now, the regime had faced internal opposition and witnessed demonstrations several times. However, this time around some internationally backed foes have re-emerged and are calling on for the overthrow of the regime. One of them is a woman called Maryam Rajavi.

Immediately after protests started targeting the main values of the regime and making calls for a fundamental regime change, through linking Iran's economic devastation with the regime's expansionist foreign policy, Rajavi appeared at a talk in Paris, calling for support from the international community. She was very confident that the regime was going down. During her speech in Paris last week, she claimed, "Since the January uprising, signs of change in Iran and the regime's overthrow has appeared." Holding the posts of presidencies for both, the People's Mujahedin of Iran and the National Council of Resistance of Iran, she said there were no solutions possible within "religious fascism" anymore.

The second sign for the certainty of a regime change was that "for the past six months the Iranian people have waged an uprising and a protest movement despite maximum suppression, despite the so-called suicides by the detainees in the mullahs' prisons, and despite daily arrests and executions designed to intimidate the public." She was also confident that the regime had no way to find a solution to the ongoing economic crises, unemployment and poverty.

What she says may or may not be true. But who is this woman, calling for a regime change in Paris, similar to Khomeini prior to the Iranian revolution?

Maryam Rajavi leads the organization of the People's Mujahedin of Iran or Mujahedin-e-Khalq (MeK). MeK is a Marxist-Islamist cult, founded in 1965 in order to struggle against Iran's ousted shah, Shah Reza Pehlevi.

The organization had carried out several attacks, staged mass demonstrations and aided Khomeini supporters before 1979. The undeclared alliance between the hardcore Islamists and Marxists continued until the group's leader Massoud Rajavi was barred from running for the first presidential elections in Iran.

Massoud Rajavi, ex-husband of Maryam Rajavi, was an influential leader, controlling thousands of armed men. As the tensions with the new regime turned into conflict, MeK started targeting key figures of the new regime. This led to the new regime's stance being quite harsh, forcing MeK members to flee to Iraq during the Iraq-Iran war in 1980.

During their activities in Iran, it had been claimed that the main supporter of MeK was Saudi Arabia. Therefore, it is no coincidence that Saudi Arabian statesmen and media are very interested in Maryam Rajavi's latest statements.

Following the U.S. invasion in 2003, MeK militants were stripped of their weapons and transferred to a camp near Baghdad. Since then, it has been unknown whether Massoud Rajavi is dead or alive. His wife Maryam Rajavi now holds the leadership position.

Although it is not clear whether the group has the facilities to mobilize supporters, it is certain that the international community, which demands a regime change, may pledge full support if the incidents continue to worsen in Iran, despite the fact that MeK was once listed as a terror organization by the U.S. and Europe.