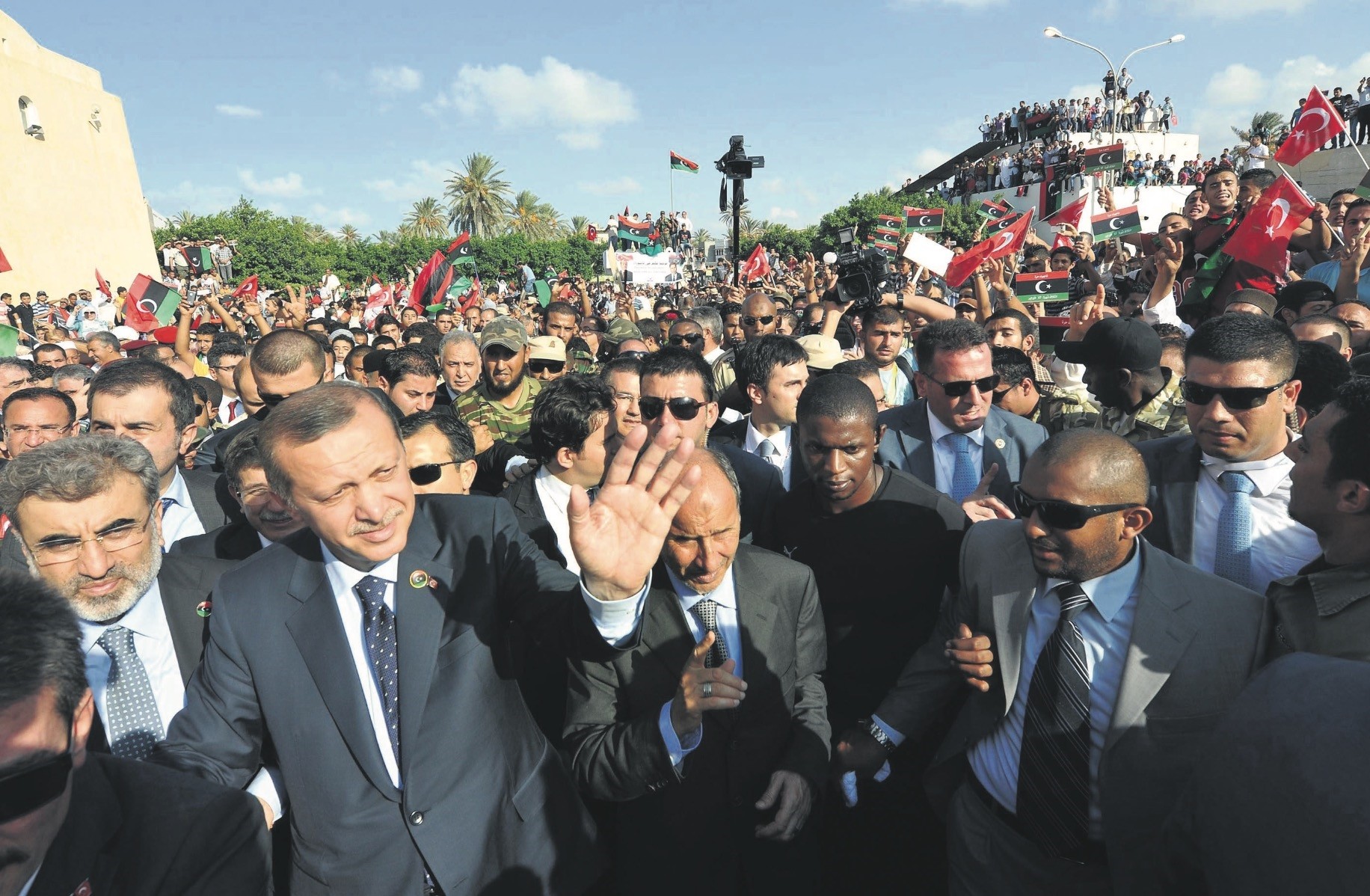 The failure of the July 15 coup attempt, orchestrated by the FETÖ terrorist group, disappointed most of the Arab governments, who were unhappy with Turkey's stance during the Arab Spring, while their people, on the other hand, have found the Turkish people's struggle inspiring

It is not uncommon to see tanks and armored military vehicles in the streets of the Middle East. Particularly, after the Arab Spring swept the region, starting in 2010, the military itself and military activities have taken up more space in Middle Eastern countries' politics. The civil war in Syria continues with the involvement of several regional and international actors while the Iraq government suffers from lack of control across the country after the emergence of Daesh. Egypt has been suffering since a bloody military coup crushed the country's first democratically elected president, Mohammed Morsi in 2013. Libya has become a failed state where many actors are in an endless fight. Yemen has also fallen into a multiparty war. Therefore, the army is considered something normal.

When the tanks and jet fighters appeared on Turkey's streets and skies on July 15, many thought it was another military coup. Although it was a different one this time, in terms that the coup attempt was orchestrated by members of a cult, the Gülenist Terror Group (FETÖ), who have infiltrated the army over the last few decades. Nonetheless there were soldiers, tanks and armored vehicles again, in a country which is barely considered European by the Europeans and Middle Eastern by the Middle Easterners. Turkey was different and it showed its difference, as hundreds of thousands of people took to the streets, defending their democracy and their elected president. On that night, Arab people were cheering, as understood by their reactions on social media and participation in the anti-coup protests, whereas their governments were dissatisfied with the failure.

Turkey has a long history in the Middle East. Following the First World War, certain Arab leaders and tribes refused Ottoman sovereignty and fought for their liberty, by the end of which they were trapped among big powers, including the U.K. and France. Since then, Arab countries have suffered from military takeovers and have failed to adopt a fully democratic system. The Gulf was a different story as wealthy tribe leaders never desired to share their power and therefore established kingdoms. The Arab governments have mostly considered Turkey a threat for themselves and created propaganda against Turkey to make their people think that Turkey is an enemy. The mutual prejudice between Turkey and Arap governments persisted for years. Even so, recent developments, particularly the July 15 coup attempt, showed that Arab people have never lost their love and faith in Turkey.

After it became clear that the coup had failed, there was no Arab country, except Qatar, which congratulated the Turkish government and people on their combat against the putschists. After a while, certain Arab countries and the Gulf Cooperation Council (GCC) made half-hearted statements, condemning the coup attempt. Some Turkish media outlets claimed that the United Arab Emirates (UAE) was involved in helping the putschists. Mohammad Dahlan, a controversial businessman, who lives in the UAE, was suspected for aiding FETÖ members financially. According to the reports Dahlan was involved in the coup attempt. Egypt's statements immediately after the coup assuring FETÖ members that they could take refuge in Egypt was another example of an Arab government's stance.

Several pro-government Egyptian newspapers used photos of protesters against the coup as though they were celebrating the military takeover. It was not a surprise that the UAE and Egypt were in favor of Turkish President Recep Tayyip Erdoğan's ouster. The former believes Turkey's presence in Somalia and influence in Gaza are threats for its desires. The latter has broken its relations with Turkey since the coup, as Turkey was the only country, which uttered its voice against its unlawfulness. Similarly the Syrian regime, which has killed hundreds of thousands of people and displaced millions, most of whom have taken refuge in Turkey, since the civil war broke out, were in hopes that a military takeover would change Turkey's position on the war. In sum, the Arab governments who were unhappy with Turkey's stance in the Arab Spring were disappointed with the failure of the coup.

On the other flip side, the peoples' stance was different. Since the Arab Spring, the Arab people have renewed their admiration for Turkey since their main struggle has also been for a well-functioning democracy. For instance, opposition groups in Syria as well have made several statements, demonstrating their solidarity with Turkish people. Despite high-level pressure in most Arab countries, social media has enabled ordinary citizens to send tweets and posts, condemning the coup attempt.

Two years have passed since the coup attempt and not much has changed. The Arab governments, particularly the Gulf, continues its hostile stance. Syria and Egypt have no intention to take steps towards the repairing of relations. However, it is certain that the Arab people continue to admire Turkey's democracy and its people's struggle for their elected government and president.