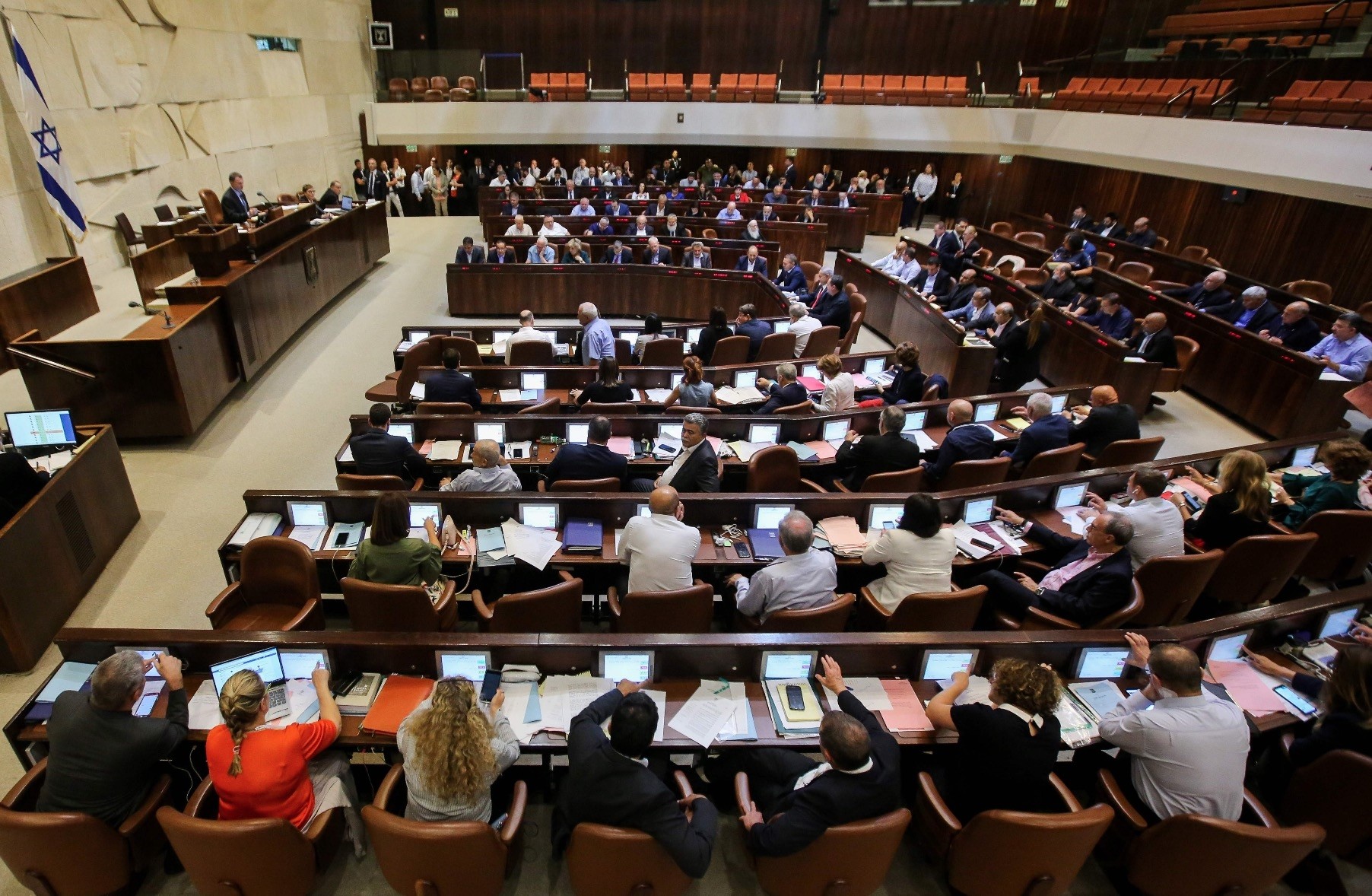 Israeli members of parliament attend the Knesset Plenary Hall session ahead of the vote on the Jewish State bill, July 18.
by Yusuf Selman İnanç
Jul 20, 2018 12:00 am

After a controversial law defining Israel as a 'Jewish state' was passed in the Israeli Parliament, minority groups –including Muslim Arabs, Christians and the Druze – now fear for their futures in the country

The Israeli Parliament (the Knesset) recently passed a new law defining the country as "Jewish state." Considered a move to marginalize its 1.8 million Palestinian citizens, the bill was approved by the Knesset despite harsh criticism from Palestinian lawmakers as well as from a few Israeli ones. The bill also abolished the regulation that Arabic was one of the official languages of the country alongside Hebrew. Now, Arabic has been reduced to a "special status" and no longer registered as an official language, but can still be used in state institutions.

Mainly backed by the right-wing government and political parties, the bill was passed by a vote of 62-55, with two lawmakers abstaining, in the 120-member Knesset. Arab lawmakers shouted in Parliament, saying this was done to consolidate the apartheid. This comes immediately after Israel's 70th anniversary as a state and following the U.S.' recognition of Jerusalem as the country's capital by moving its embassy from Tel Aviv. The bill has become another way of underlining that "Israel is the historic homeland of the Jewish people, and they have an exclusive right to the national self-determination of it."

However, the law has raised the question of whether the struggle for coexistence has ended. Israel has been imposing cruel embargoes on Gaza and high security measures in the West Bank. Yet, it was possible and easier for Arabs to coexist in certain Israeli cities. The new law has excluded anyone who is not Jewish. Besides, some Israeli media sources have claimed that it was against secularism and that this definition will make the people unequal in the state on the grounds of religion. But Israeli Prime Minister Benjamin Netanyahu, who is known with his tough Zionist and nationalist stance, said, "This is a defining moment in the annals of Zionism and the history of the state of Israel."

The harsh criticism has managed to prevent forcing the courts to make verdicts according to Jewish theocratic law. Instead, it said, "The state views the development of Jewish settlement as a national value and will act to encourage and promote its establishment." This is ambiguous because it may lead to the isolation of Arabs totally. It is clearly known that Israel's establishment and development have been achieved only after millions of Arabs were displaced. Therefore, it is discouraging for Arabs who still believe there might be a chance for coexistence. For instance, an Arab lawmaker Ahmed Tibi said, "I announce with shock and sorrow the death of democracy." Yet, the Israeli government has been claiming that this "Jewish state" definition would not threaten civil rights. Netanyahu said, "We will keep ensuring civil rights in Israel's democracy, but the majority also has rights and the majority decides."

Formally, the Arab citizens of Israel hold the same rights as Jewish Israelis. However, it is a fact that these Arabs face constant discrimination and difficulties in schools, state institutions and even hospitals. Besides Muslim Palestinians, Christians and Druze Arabs are also concerned about the new law.