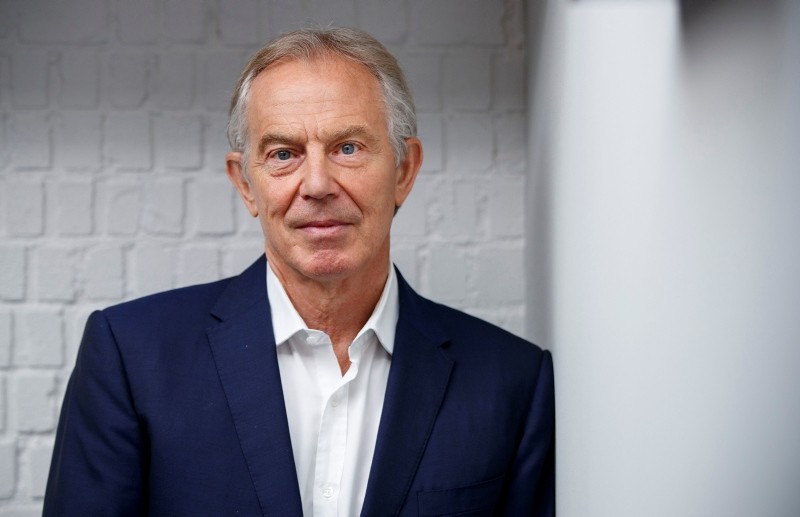 Former British Prime Minister Tony Blair poses for a photograph ahead of an interview with AFP in central London on July 17, 2018.
by Daily Sabah Jul 22, 2018 12:00 am

According to the report, the Tony Blair Institute (TBI), established in 2016 by the former U.K. prime minister, received $9.9 million (£7.6 million) in January for the world carried out by its staff based in the Middle East. The payment made to the institute exceeded $12 million (£9.3 million) so far.

The Blair group agreed to support Salman's ambitious modernization program under a "not for profit" basis. However, the funding was not published on the TBI's website and Blair's office said the institute was "under no duty to disclose donors or donations." His office also refused to share discussion that would have been made between himself and the Saudi government or royal family members about the funding for his institute's "not for profit" work.

It added that the group received a donation from Saudi Arabia but it was "not a payment to Tony Blair personally and all of this money goes to support this work."

The Telegraph said the donations were made from Media Investment (MIL), a Guernsey-registered firm that is a subsidiary of the Saudi Research and Marketing Group.

Salman, the 32-year-old de facto ruler, is the architect of a wide-ranging plan dubbed "Vision 2030," which includes slashing public spending, reducing reliance on oil revenue and boosting employment in the private sector