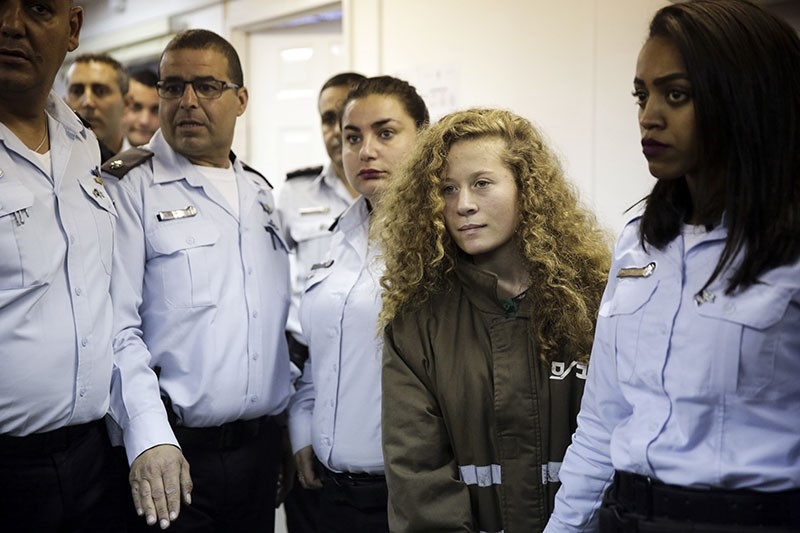 Ahed al-Tamimi, a Palestinian teen who for the last several months has remained in Israeli custody, will likely be released next Sunday, the 17-year-old girl's father has told Anadolu Agency.

Bassem al-Tamimi said his daughter was slated for release on Aug. 19 -- at the latest -- but that her release date could be significantly brought forward.

The Israeli Prison Authority has the authority to reduce jail terms for some prisoners following a "special evaluation."

In March, an Israeli military court sentenced the teen to eight months in prison for "attacking" an Israeli soldier.

According to Palestinian figures, roughly 6,500 Palestinians -- including an estimated 350 minors -- are currently languishing in Israeli prisons.