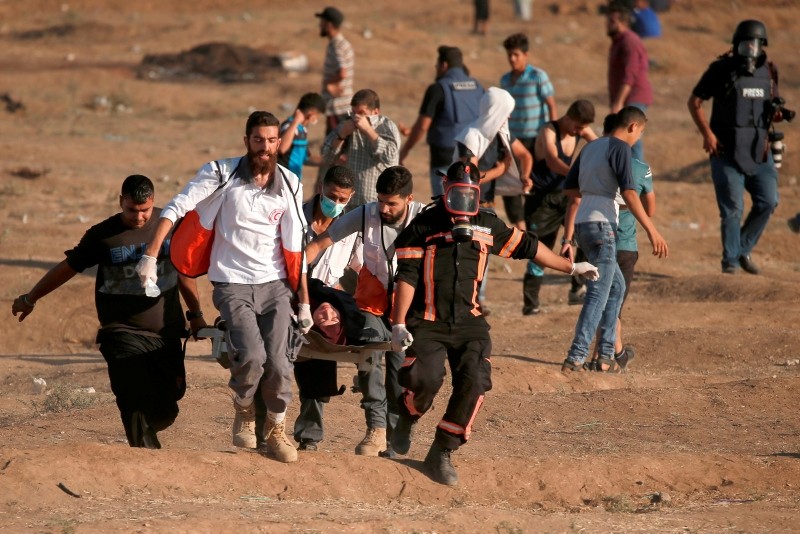 Palestinian protesters carry a man injured during a demonstration along the border between Israel and the Gaza strip, east of Gaza city on July 27, 2018. (AFP PHOTO)
by Daily Sabah with Agencies Jul 27, 2018 12:00 am

Three Palestinians were killed and nearly 200 injured, including 11 children and seven women, were injured Friday by Israeli fire at a protest on Gaza border.

A third Palestinian died early Saturday after being hit by Israeli fire during protests at Gaza's border with Israel, the Gaza Health Ministry has said.

The teenager was among the 7,000 Palestinians who demonstrated Friday.

The ministry said Ghazi Abu Mustafa, 43, had succumbed to injuries after having been shot in the head by Israeli troops east of the city of Khan Younis in the southern Gaza Strip. A 14-year-old boy, who also has been shot in the head, was identified as the second victim.

Witnesses said Israeli soldiers shot at a group of Palestinians who rushed to the border and a bullet hit Abu Mustafa sitting about 250 meters away.

More than 150 demonstrators have been killed since March 30, when Palestinians in the Gaza Strip began holding almost daily protests near the buffer zone.