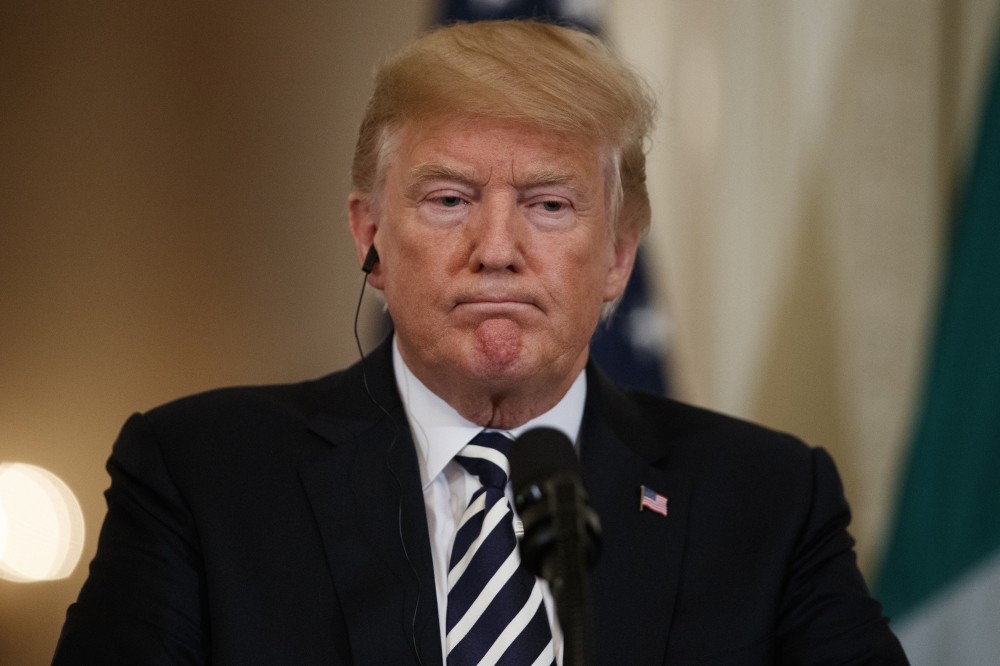 Speaking Monday during a joint news conference with Italy's premier, Trump said he'd meet with Iranian President Rouhani "anytime" if the Iranian leader were willing. "I'll meet with anybody," he said. "There's nothing wrong with meeting."

After months of escalating rhetoric, Trump's offer to meet Iranian president marked a shift in tone. Trump has long cast himself as a master negotiator who is most effective when he meets with his counterparts face-to-face. He pointed to his recent one-on-ones with North Korea's Kim Jong Un and Russia's Vladimir Putin as examples of the benefits of such get-togethers.

Iranian officials yesterday dismissed Trump's overture, saying instead that if Trump wants talks, he needs to rejoin the international nuclear deal he unilaterally pulled out of earlier this year. It is not a good time for Iran to negotiate with the United States, a senior Iranian parliamentarian said yesterday, a day after U.S. President Donald Trump said he would be willing to meet Iran's leader without preconditions. "If Trump had not withdrawn from [Iran's] nuclear deal [with world powers] and had not imposed sanctions on Iran, there would be no problem with negotiations with America," Ali Motahari, the deputy speaker of parliament, was quoted as saying by the state news agency IRNA, as reported by Reuters. "But negotiating with the Americans would be a humiliation now," he said.

In his first public remarks after Trump's comment, President Rouhani did not mention Trump at all but instead stressed the need for the other nations involved in the nuclear deal to forge ahead with their pledges of trying to salvage it. "Today we are at a very critical point in history regarding the nuclear deal, and Europe's transparent measures to compensate for the United States' unlawful withdrawal from it are very important for the Iranian nation," Rouhani said after talks with new British Ambassador Rob Macaire, the Associated Press reported. In addition to Britain, China, Germany, France, Russia and the European Union are negotiating with Iran on preserving the deal.

The Iranian leadership has previously ruled out one-on-one talks with Trump, following his decision to pull the U.S. out of the deal under which Iran was given relief from sanctions in return for curbs on its nuclear program. Iran's semi-official ISNA news agency quoted political adviser Hamid Aboutalebi as saying that for talks to happen, the U.S. needs to rejoin the deal. "Those who believe in dialogue as a method of resolving disputes in civilized societies should be committed to the means," he said.

In the U.S., Secretary of State Mike Pompeo told CNBC on Monday that he was on board with the president's invitation, saying Trump "wants to meet with folks to solve problems." But he appeared to add several qualifications: "If the Iranians demonstrate a commitment to make fundamental changes in how they treat their own people, reduce their maligned behavior, can agree that it's worthwhile to enter in a nuclear agreement that actually prevents proliferation, then the president said he's prepared to sit down and have a conversation with him."

Senate Foreign Relations Committee Chairman Bob Corker, characterized the overture as "fine," but only "as long as they are willing to talk about being a normal country in the future."

"It's the same as North Korea," he said. "No preconditions, no preparation. And what do we have? We have Kim Jong Un elevated from an international pariah to someone who seems like a legitimate statesman." The overture comes as Trump and the Iranians have been escalating their rhetoric after Trump's May withdrawal from the landmark nuclear accord. The U.S. has also vowed to boost sanctions until Iran changes its regional policies, including its support for regional militant groups. The first of those sanctions are to go into effect Monday.