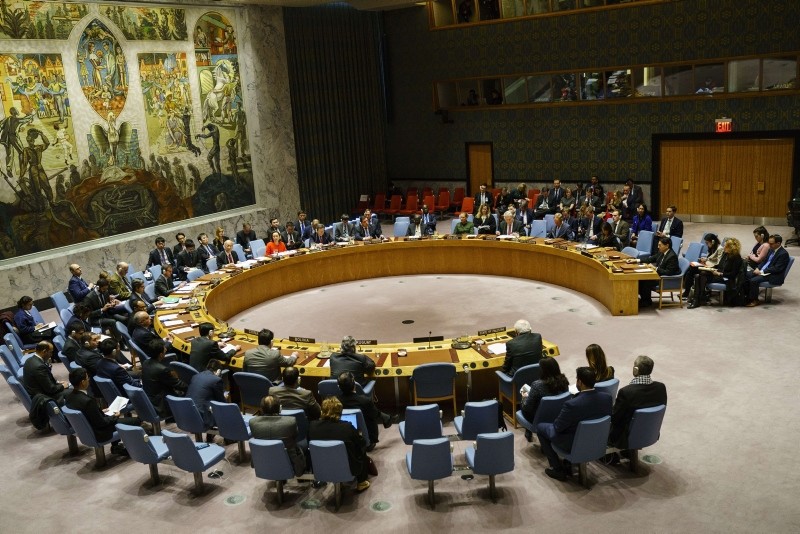 The U.N. Security Council is not doing enough to resolve the Israeli-Palestinian issue, Sweden's ambassador to the U.N. said Tuesday.

"Resolving it should be a priority. Has it been a priority? I am afraid not," said Olof Skoog, speaking at the U.N. at the end of his country's Security Council presidency, as reported by Anadolu Agency (AA).

Skoog said recent events "have been moving us away from peace" in the region, citing the U.S.' decision to move its embassy in Tel Aviv to Jerusalem and Israel's Jewish nation-state law.

"We are very close to another Gaza war. Almost on a daily basis there are severe tensions there that could escalate very quickly. So it is a very very dangerous situation." "And I do not think that the Security Council has done enough about it," Skoog said. He also said the Security Council has failed to take a humanitarian approach in Gaza, Palestine, adding he did not see any movement forward for resolving the conflict.

Sweden did not approve of the embassy decision announced by the U.S. in May, which was met with discord among the international community, he recalled.

Regarding Israel's nation-state law which declares the country to be "the nation-state of the Jewish people," Skoog said that the law does not promote Palestinian participation in political life in the country. "We've made sure that every member on the Security Council understands exactly what life is in Gaza," he added.

Since the U.S. President Donald Trump's December decisions to recognize Jerusalem as Israel's capital and to move the American embassy there, the Israeli-Palestinian conflict has been on the rise. This includes Israeli settlement policies in the West Bank and east Jerusalem, as well as the recent round of bloodshed in the Gaza Strip, where Israeli fire killed over 100 Palestinians during mass protests along the Gaza border. As Trump's policies appear to favor Israel more than those of his predecessor Barack Obama, Palestinian President Mahmoud Abbas has resisted, saying the U.S. "can no longer play a leading role" in peace efforts.

Israel has considered Jerusalem its capital since the state's establishment in 1948 and considers the city as the ancient capital of the Jewish people. The Palestinians equally lay claim to Jerusalem and want the eastern part of the city as the capital of their future state. The Palestinians want their own state with a capital in east Jerusalem, which Israel captured from Jordanian control in the 1967 war and annexed in a move not recognized abroad.