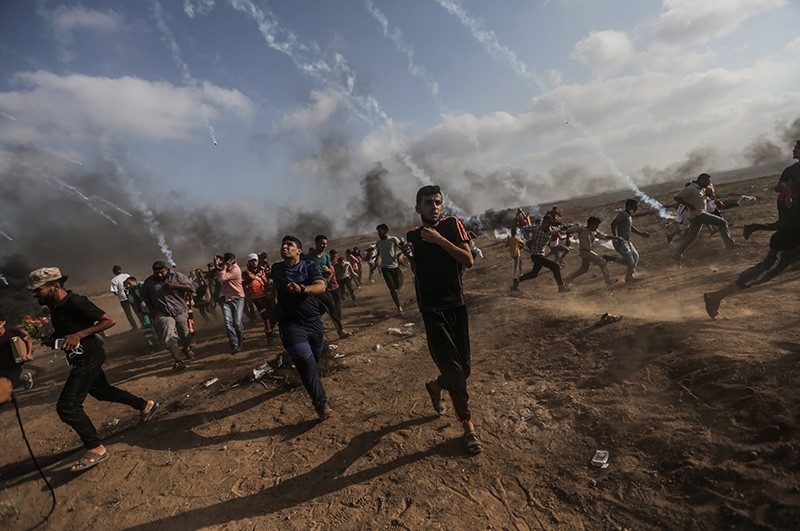 Israeli troops shot dead a Palestinian and wounded at least 220 others at protests on the Gaza border on Friday, a Gaza hospital official said.

Hamas' spokesman Abdullatif al-Qanu stressed that the group's decision to join the "right to return" march showed the Hamas' alignment with Palestinian people.

On Thursday, the administration of Rafah Border Crossing said a delegation -- including leading group members of Hamas such as Saleh al-Arouri, Mousa Abu Marzouk, Izzat al-Rishq and Hussam Badran -- have returned to Gaza.

At least 156 Palestinians have been killed since March 30, when Palestinians in the Gaza Strip began holding almost daily protests near the buffer zone.