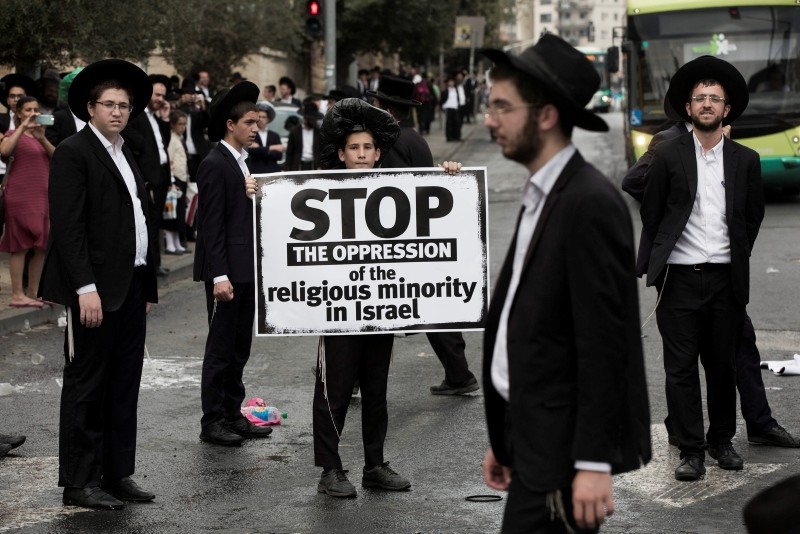 A massive rally against a new law that declares Israel the exclusive homeland of Jewish people is set to draw tens of thousands in Tel Aviv on Saturday.

Druze community members who organized the event estimate 150,000 people will take part in the protest, held under the motto: "Equal rights for all citizens."

The Druze, numbering around 120,000 in Israel, have had special status since the 1950s, when they were drafted into the military, unlike Israel's Muslim and Christian populations.

The Druze feel especially discriminated against by Israel's new law, adopted last month, which recognizes the country as a Jewish state and says "the right to exercise national self-determination in the State of Israel is unique to the Jewish people." Arabic is also downgraded from being an official language to having "special status."

A third Druze officer resigned from the Israeli army earlier this week in protest of the law, Israel's public broadcaster Kan reported.

Israel's Arab minority - 20 per cent of the population - has also slammed the law, but the Druze community's concerns have garnered more sympathy from the right-wing governing coalition.