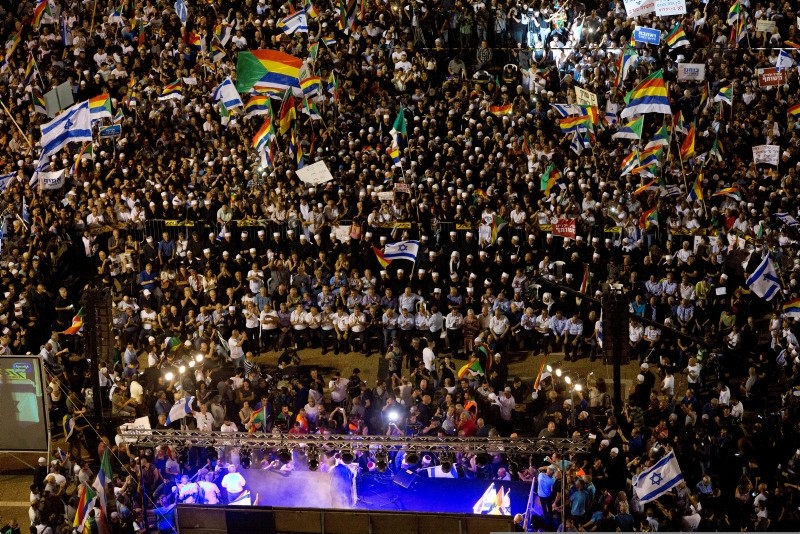 Tens of thousands of people rallied in Tel Aviv on Saturday to protest a new law that declares Israel the exclusive homeland of Jewish people.

Minorities and many Jewish Israelis alike have criticized the law, adopted last month, for recognizing Israel as a Jewish state and saying "the right to exercise national self-determination in the State of Israel is unique to the Jewish people."

The law also downgraded Arabic from an official language to having "special status."

The Druze, numbering around 130,000 in Israel, have had special status since the 1950s, when they were drafted into the military, unlike Israel's Muslim and Christian populations.

The bill was passed by the right-wing governing coalition in a 62-55 vote on July 19.

Many Jewish Israelis, however, have criticized the law, including the country's president, Reuven Rivlin.

Israel's Palestinian and other Arab minority - 20 percent of the population - has also slammed the law, but the Druze community's concerns have garnered more sympathy from the governing coalition.