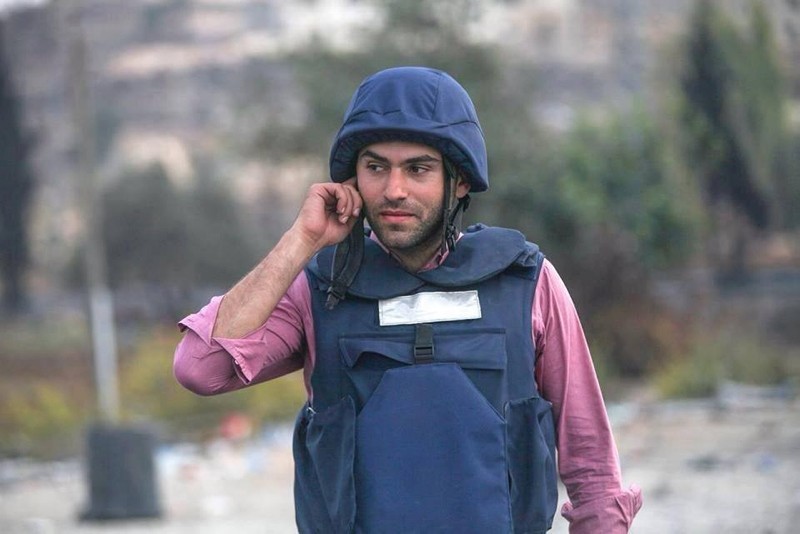 His brother Fakhri told Anadolu Agency (AA) that al-Rantissi was detained by Israeli soldiers who stormed his residence in the town of Rantis in Ramallah yesterday. He said soldiers searched the house before detaining al-Rantissi.

Israeli security forces apparently launched a crackdown targeting Palestinian journalists, and in the past week, rounded up five others. Four were freelance journalists for Lebanon-based Al-Quds TV, and all were arrested last Monday in Ramallah. On Aug. 1, a journalist for Quds Press news agency was arrested in his home in Nablus. Shortly after al-Rantissi's detention, media outlets reported that Nader Baybars, a journalist from Palestine TV, was detained in his home in east Jerusalem.

According to the Journalist Support Committee, a non-profit that monitors press freedoms, the number of Palestinian journalists held in Israeli prisons is 27, barring the arrests last week and yesterday, and two suffer from serious medical conditions. The committee also says Israel committed 90 counts of violations against Palestinian journalists last month, from injuring those covering protests on the Gaza-Israeli border to preventing journalists from doing their jobs. Israel often defends arrests as part of its crackdown against "terrorist groups" in reference to Hamas, which runs the Gaza Strip.

Israel also routinely targets Palestinians linked with Turkey's state-run agencies. In July, an Israeli court sentenced Mohamed Murtaja, a representative of the Turkish Cooperation and Coordination Agency (TİKA) in the Gaza Strip, to nine years in prison. Murtaja was in custody since February 2017.