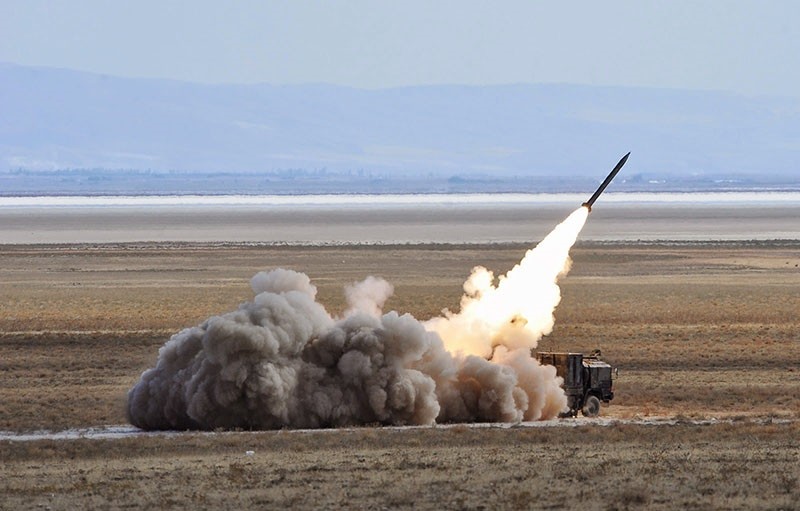 A senior scientist for the Syrian regime involved in the country's development of weapons was killed along with his driver in a car explosion in central Syria, activists reported Sunday. Israeli intelligence operatives are believed to be a prime suspect.

Aziz Asbar, the head of a scientific research center, was assassinated late Saturday in the town of Maysaf in the central province of Hama, the Syrian Observatory for Human Rights said.

Asbar played a role in Syria's missile development program and had close links with the Assad regime and its Iranian allies, the Britain-based watchdog added.

His center was the target of Israeli air attacks last month and in September, the Observatory added.

"His car was completely destroyed and his bodyguards were killed," the source told DPA on condition of anonymity.

According to a report by The New York Times, a senior official from a Middle Eastern intelligence agency said Monday that the attack was carried out by Mossad, who had been tracking Asbar for a long time.

The source said Asbar was a target because Israeli intelligence believed he headed Sector 4, a secret unit at the Syrian Scientific Studies and Research Center (SSRC). He was also collaborating with Iranian Maj. Gen. Qassim Suleimani and other Iranians to adapt Syria's low-tech rockets into precision-guided missiles that have the capability to pinpoint cities hundreds of miles away – a project Israel has long tried to squelch.

Israeli Intelligence Minister Yisrael Katz on Tuesday welcomed Asbar's killing but declined to comment on reports that Assad was responsible for the attack.

"I can say that assuming the details of this man's activities are correct and he was engaged in developing chemical weapons and longer-range missiles capable of hitting Israel, I certainly welcome his demise," Katz told Israeli army radio.

"Every day in the Middle East there are hundreds of explosions and settling of scores. Every time, they try to place the blame on us," Lieberman told Israel's Channel 2 News.

Even before the conflict broke out in 2011, Asbar had played a prominent role in Syria's missile program, which an unnamed official from the Syrian-Iranian alliance told The New York Times.

Under Israeli law, only the prime minister can authorize assassinations, termed "negative treatment" by Mossad.

The Middle Eastern intelligence source said Asbar's killing was the fourth assassination attempt in three years by Israel on foreign soil against a weapons engineer employed by an enemy. Iran has been Mossad's most frequent target, as it has killed six Iranian nationals since 2007, most of whom were working on the country's nuclear program.

Last September, Israel almost entirely destroyed a weapons factory in Masyaf, where Asbar was a senior manager. Another Israeli airstrike targeted the research center on July 22, Syrian state media and the Observatory reported.

Israel has carried out numerous strikes inside Syria since 2017, according to the Observatory, targeting Assad regime forces and their allies from Iran and Lebanese Shiite militant group Hezbollah.

Early 2017 marked the low point for Bashar Assad in his country's now seven-year-old civil war with his authority confined to just 17 percent of national territory.

A succession of victories since then over both the Daesh terror group and various rebel factions has extended regime control to nearly two-thirds of the country.