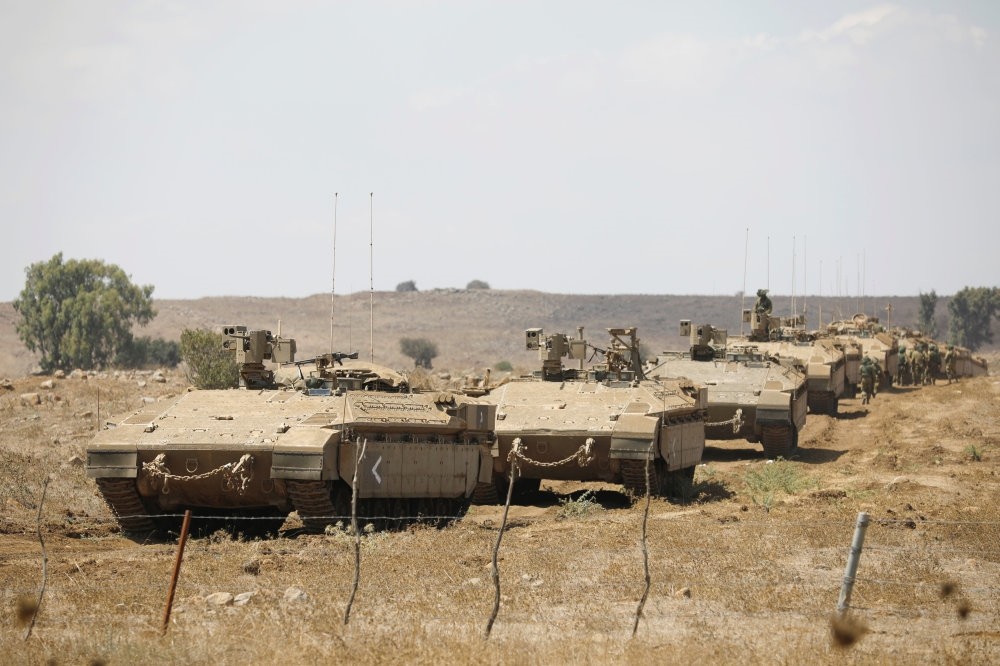 Israel's negligent policy toward Syria since the beginning of the civil war has allowed Iranian proxies and the regime to gain more power, which, according to Israeli officials, has become a threat to its national security

When the Syrian civil war broke in 2011, Israel was almost the only country that remained silent over the developments. It believed that neither the regime nor the opposition groups would be preferable over each other and therefore preferred being a bystander. Yet, this policy was contradictory because both the Syrian regime and its main backer Iran consider Israel a threat.

Similarly, Israel has argued that Iran's presence in Syria was a direct threat to its national security but took no action until Iran and the regime retook much of the territories from opposition groups and started deploying more troops near Golan Heights, which is under Israeli occupation.

With no effect on the course of the war, Israel has been carrying out aerial strikes on Iranian groups as well as regime bases despite Russia's reservations. It seems like a contradictory policy because it is insufficient to break Iran's influence in Syria.

However, after realizing the fact that the regime consolidated its power in the last one year, Israeli concerns have increased. Israeli Defense Minister Avigdor Lieberman recently said that that Israeli military was ready for "any scenario" in Syria. "Across the way we see the Syrian military, which is not satisfied with just taking over the entire Syrian territory but is expressly building a broad-based, new ground force that will return to its previous proportions and beyond," he told reporters during a visit to the Golan Heights. Lieberman also said on twitter that Israeli tanks, deployed in the plateau were their "crushing strike force and will know how to defend the border in any eventuality."

Israel has repeatedly claimed that Iran was building military bases near the Golan Heights and providing military equipment to the Lebanese-based Hezbollah, including necessary materials to make nuclear weapons.

The current U.S. administration seems to share Israel's concerns while Russia tries to find a balance. In response to a question at a press conference in May, Russian Foreign Minister Sergei Lavrov said only Syrian troops needed to be near Israeli territories, implying that Iranian militias had to stay away.

"It should only be the armed forces of the Syrian Arab Republic that stand on the Syrian border with Israel," he said, adding that, "Of course, the withdrawal of all non-Syrian forces must be carried out on a reciprocal basis; however, it must be a two-way street," he said.

Reports claimed that following this statement Russia started deploying its troops near the Golan Heights.

Israel's contradictory policy on Syria since the beginning of the war boosted the potential for aggression and conflict. While the Western-backed opposition groups have lost power and territories, the U.S. has backed the PKK-affiliated groups in Syria, including the Democratic Union Party (PYD) and its armed wing, the People's Protection Units (YPG) under the pretext of combating DAESH.

As the moderate groups were crushed in the multi-partied conflict, Iran and its proxies have gained more power, becoming a security threat for Israel.