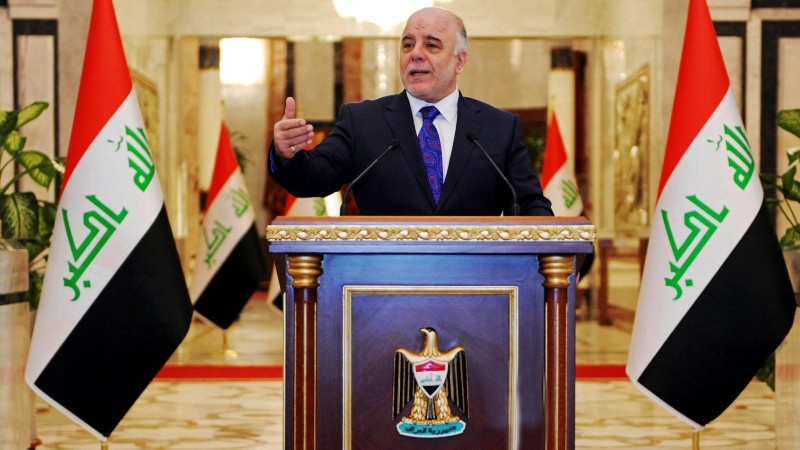 Iran has canceled a visit by Iraq's prime minister after he said that while he was opposed to renewed U.S. sanctions on Tehran he had no choice but to abide by them, an Iraqi official said Sunday.

Prime Minister Haider al-Abadi was to visit Iran and Turkey later this week. The official said the Turkey visit, beginning Tuesday, will go ahead as planned.

The official spoke on condition of anonymity because he was not authorized to brief the media. Government spokesman Saad al-Hadithi declined to comment.

Iran has maintained close ties to Iraq's government since the 2003 U.S.-led invasion toppled Saddam Hussein, Tehran's archenemy. Iraq has since forged close ties with Washington, forcing its government to delicately balance relations with both. Iraq has occasionally mediated between Iran and the United States and sponsored talks between the two.

Since taking office in 2014, al-Abadi has sought to project an image of independence from Iran while maintaining friendly relations.

But he appears to have angered Tehran by telling reporters last week that while he opposed the sanctions in principle, Iraq could not violate them and risk punitive action by U.S. President Donald Trump's administration.

"Can I, the prime minister of Iraq, endanger the interests of Iraqis just to take a stand?" he said. "We don't sympathize with the sanctions, we don't think they are appropriate and we don't interact with them, but we are committed to protect our people."

Last week the U.S. began restoring sanctions that had been lifted under the 2015 nuclear deal with Iran, which Trump withdrew from in May.

The administration says the renewed sanctions are meant to pressure Tehran to halt its alleged support for international terrorism, its military activity in the Middle East and its ballistic missile programs.