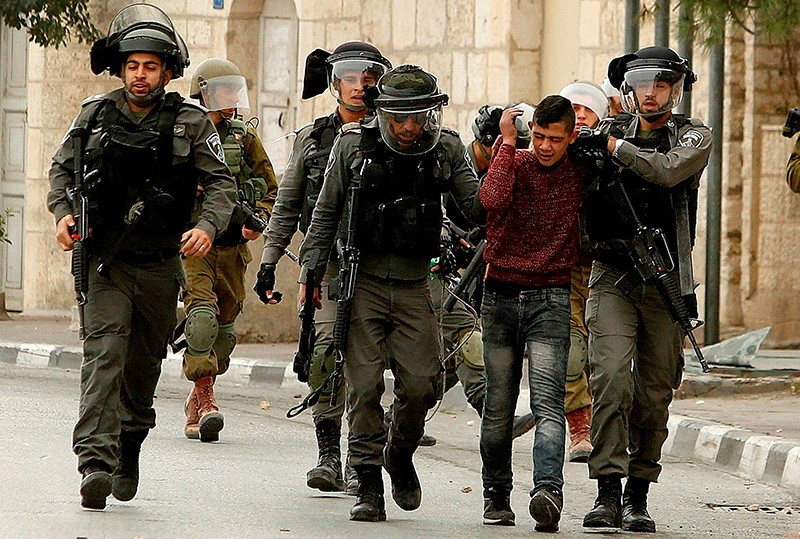 Israeli soldiers detain a Palestinian boy during a demonstration in the occupied West Bank city of Bethlehem on Dec. 22, 2017. (Getty Images)
by Anadolu Agency Aug 13, 2018 12:00 am

Israeli forces rounded up 520 Palestinians, 69 of whom were children, in raids carried out across the occupied West Bank last month, according to Palestinian NGOs on Monday.

"Sixty-nine minors and nine women were among those arrested," read a joint statement issued by the Commission of Detainees and Ex-Detainees Affairs, the Palestinian Prisoners Society, Addameer Prisoner Support and Human Rights Association, and Al Mezan Center for Human Rights.

According to the statement, Israeli forces detained five Palestinian journalists in the occupied territory last month.

The statement said 122 of the detainees were arrested in East Jerusalem, 100 in Ramallah and Al-Bireh in the central West Bank and 75 in Hebron, while the rest of detainees were rounded up in other areas across the occupied territory.

According to the joint statement, some 6,000 Palestinians are currently languishing in Israeli prisons, including 53 women and roughly 300 minors.