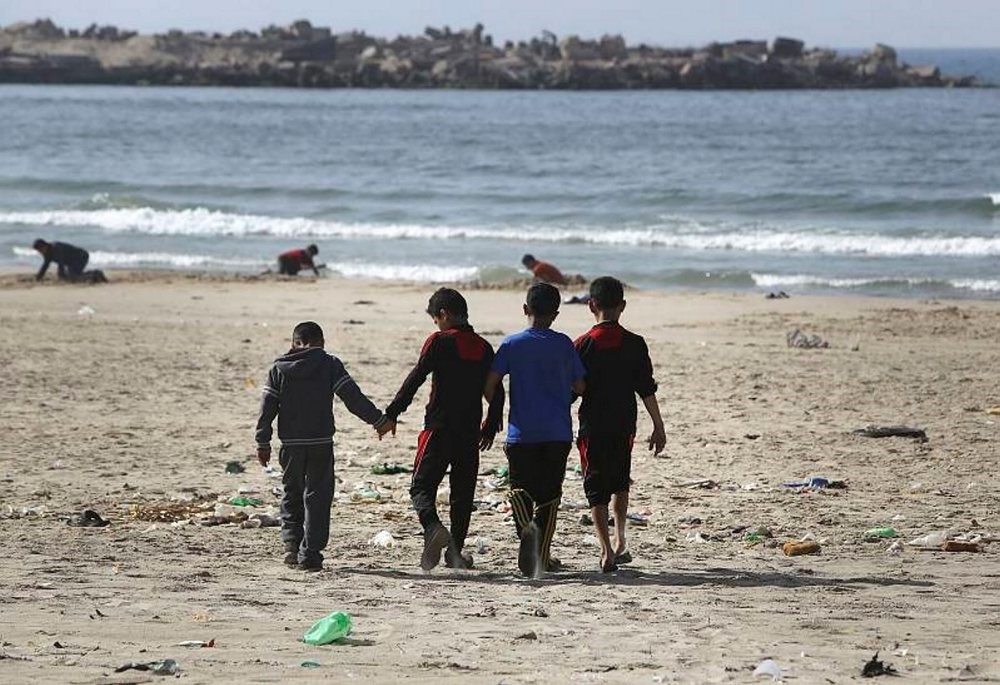 An Israeli military police report that has been concealed until now, confirms that four Palestinian boys playing on Gaza beach were killed by an Israeli drone during the 2014 war

The Israeli strikes that claimed the lives of four Palestinian children playing football on a Gaza beach four years ago were launched from an armed drone, according to a confidential report that was obtained by The Intercept. The Israeli military report confirmed that the Palestinian boys had been mistaken for Hamas targets.

In 2014, the killing of the four Palestinian boys prompted a five-hour cease-fire between Israel and Hamas during the 50-day war in Gaza, also known as "Operation Protective Edge." During the 50-day war, Israel used air strikes from jets, helicopters and drones as well as thousands of artillery rounds. The four boys were from the same family. Cousins Ahed Atef Bakr and Zakaria Ahed Bakr, both 10 years-old, 9-year-old Mohamed Ramez Bakr and 11-year-old Ismail Mohamed Bakr were playing on the beach in Gaza City when they were hit in strikes witnessed by journalists staying at a beachfront hotel. Journalists stated that the attack took place "on a quay at the port," but the Israeli military claimed it was targeted at Hamas terrorist operatives in a compound filled with the group's personnel.

A year after the killing the Israeli military cleared itself of any charges of suspected criminal conduct over the bombing which claimed the lives of four Palestinian children. Israel said no action would be taken against those involved in the attack, calling the incident an accident.Israel has been criticized by a U.N. human rights body for its killing of protesters in Gaza and treatment of the Palestinians, declaring it as a "war crime" under the Statute of Rome. The high casualty toll triggered a diplomatic backlash against Israel and new charges of excessive use of force against unarmed protesters. The Israeli army has killed 25 Palestinian children in the occupied West Bank and the blockaded Gaza Strip since the beginning of 2018, a human rights nongovernmental organization (NGO) said earlier this month. In a press release, Defense for Children International-Palestine, which advocates for the rights of Palestinian children in the Israeli-occupied Palestinian territories, held the Israeli army responsible for the death of 25 children, 21 of those deaths in the Gaza Strip took place this year alone. It went on to assert that Israeli forces had deliberately killed minors with live ammunition. According to the NGO, this death toll includes 21 children targeted directly, 11 of whom were shot in the head or neck.

According to the U.N., during the border protests, over 1,000 children have been injured by Israeli forces in the besieged Gaza Strip during demonstrations, according to the U.N. Children's Fund (UNICEF). The U.N. body pointed out that some injuries had been severe and potentially life altering, including amputations.