Israel closes Gaza crossing on the eve of Qurban Bayram 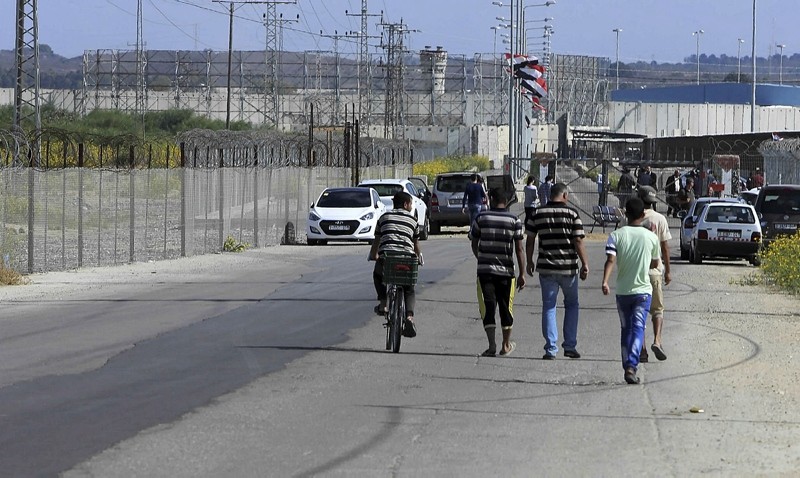 Israel closed its only crossing for people with the Gaza Strip on Sunday except for humanitarian cases after border clashes, the latest tightening of its blockade on the Palestinian enclave.

The move could prevent Gazans from travelling via the crossing for this week's Muslim holiday of Eid al-Adha, which runs from Monday night until Friday night, but Israeli officials did not say how long the closure would last.

Israeli Defence Minister Avigdor Lieberman said in a statement the closure was due to "violent incidents on the border last Friday."

Israel's army said firebombs and improvised explosive devices were also hurled at the border fence, while a number of Palestinians briefly crossed into Israeli territory. No Israelis were reported wounded.

The closure and border incidents occurred despite attempts by Egypt and UN officials to reach a long-term truce between Israel and Hamas, the Islamist movement that runs the blockaded Gaza Strip.

The Palestinian Authority civilian affairs office in Gaza also confirmed the closure except for medical cases and Palestinians seeking to cross back into the enclave.

Israel has enforced an air, land and sea blockade on the Gaza Strip for more than a decade, but grants permission to a limited number of people to cross for various reasons.

The two sides have fought three wars since 2008.

Israel had just last week reopened its only goods crossing with Gaza after closing it to most deliveries for more than a month over border tensions.

Gaza's only other border is with Egypt.

Egypt's Rafah crossing with Gaza had largely been kept closed in recent years, but Cairo opened it in mid-May and it is has mostly remained so since.

Protests and clashes began on the Gaza border on March 30 and have continued at varying levels since then.

At least 171 Gazans have been killed by Israeli fire during that time. One Israeli soldier was shot dead by a Palestinian sniper in July.

There have also been several severe military flare-ups, including three since July.

The latest was on August 9, when Israel responded to some 180 rockets and mortars fired from Gaza with widespread air strikes.

UN officials and Egypt have been seeking to secure a long-term truce between Hamas and Israel to allow for humanitarian issues in the impoverished enclave of two million people to be addressed.

Israel is demanding calm and a return of the remains of two soldiers Hamas is believed to be holding.

Two Israeli civilians, both said to be mentally unstable, are also believed to have entered Gaza and to be held by Hamas. Israel is also seeking their return.

Senior Hamas official Khalil al-Hayya told AFP on Friday that he believed a durable truce with Israel was near.

He said that UN and Egyptian talks taking place in Egypt with various Palestinian factions have "taken a big step forward towards understandings with the occupation... and the possibility of restoring calm".

An Israeli official said on condition of anonymity Wednesday that an initial set of "understandings" had been reached with the help of the UN and Egypt, leading to several days of calm on the border last week and the opening of the goods crossing.

Palestinian president Mahmud Abbas has however expressed concern over any agreement that bypasses the Palestinian Authority.

Hamas and Abbas's Fatah, based in the occupied West Bank, have been deeply divided for more than a decade.