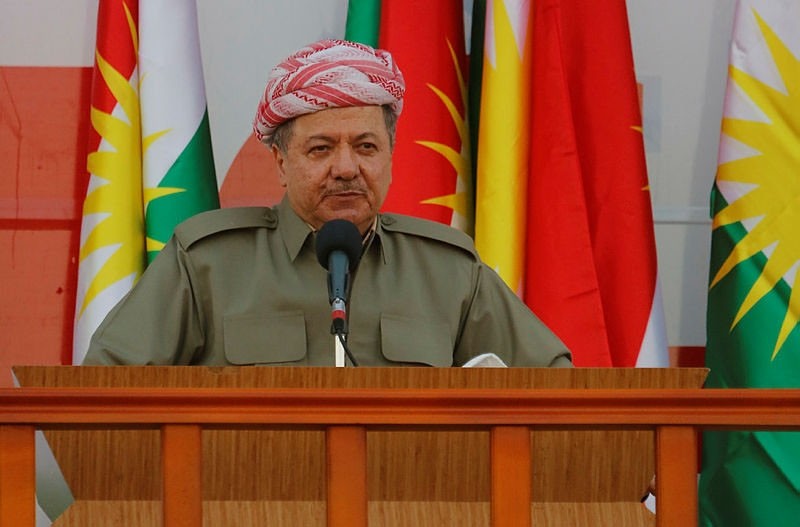 Iraqi Kurdish parties on Tuesday unveiled conditions for supporting the largest bloc in parliament to form the new government.

On Monday, a delegation of Iraq's four major political blocs reached an initial coalition agreement with the Kurdistan Democratic Party (KDP) and Patriotic Union of Kurdistan (PUK) during a meeting in Erbil on Monday, according to delegation head Nsar al-Rubaie.

The delegation on Monday also met with Kurdistan Regional Government (KRG) President Masoud Barzani, whose KDP won 25 parliament seats in the May 12 elections.

According to a statement by Barzani, the parties emphasized the principle of equality in partnership, alliance and administration in Iraqi politics.

The statement also said the parties discussed "the political errors of the post-2003 phase in Iraqi political process and governance," focusing on "those mechanisms which can prevent the repetition of the errors."

Speaking to Anadolu Agency, Jamal Kojar, a leading member of the alliance and a member of the Kurdistan Islamic Union, said support for the largest parliamentary bloc is conditional to concluding official agreements to fulfill Kurdish demands.

Kojar went on citing the demands as "constitutional entitlements related to article 140, oil, border crossings and salaries of the [Kurdish] Peshmerga forces."

Article 140 of the Iraqi constitution calls for settling the situation in disputed regions between Baghdad and Erbil and giving the population the right to choose to remain under the federal government or join the semi-autonomous Kurdish region in northern Iraq.

Kojar asserted that the Kurdish parties adopted a new approach of having officially announced agreements to bind the other political side to fulfill the Kurdish demands.

Baghdad and Erbil have been at odds over disputed areas, administrating oil wealth, financing and arming the Peshmerga forces.

The two talked in a closed-door meeting in the prime minister's residence in Erbil.

In recent weeks, McGurk has frequently met with various political entities in Iraq over the formation of the new government.

Last week, al-Sadr's Sairoon, which gained the most votes in the election, joined up with Nasr, the Hikma Movement and al-Watanyah to form a major parliamentary bloc. If they can gain the support of Sunni and Kurdish parties, the bloc might be able to form a governing coalition.

Along with al-Sadr's Sairoon Coalition, a second Shia bloc includes the State of Law Coalition (led by Vice President Nouri al-Maliki) and the Fatah Alliance (led by Hadi al-Amiri), the latter of which also includes the Hashd al-Shaabi's political wing.

The poll was the first parliamentary election since the country announced the defeat of the Daesh terrorist group after a three-year war.