Israel hit over 200 Iranian targets in Syria in past 1.5 years 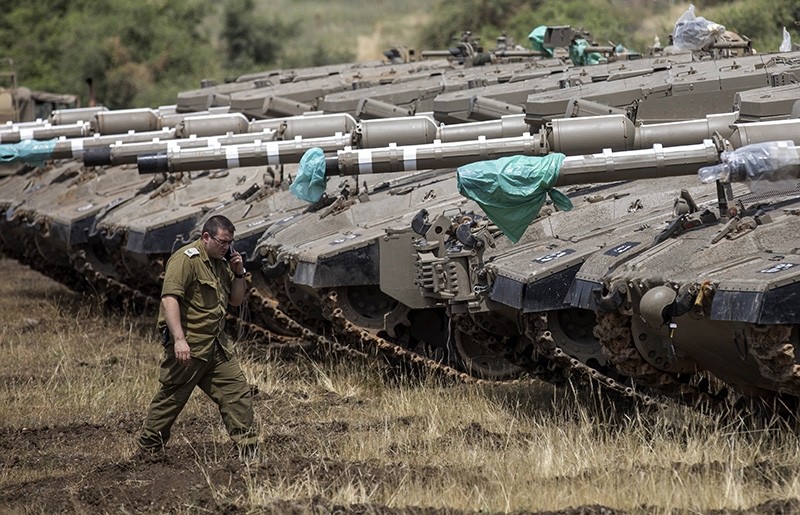 Israeli forces have attacked more than 200 Iranian targets in Syria in the past year and a half, a senior Israeli officer said Tuesday.

The source also said Israel has fired 800 missiles and mortar shells during that period, targeting Iranian weapons convoys and other targets.

Israeli Intelligence Minister Israel Katz confirmed the report, telling a conference: "Only just now it was published – in the name of military sources, so I can quote it too – that in the last two years Israel has taken military action more than 200 times within Syria itself."

"Understand the significance of this matter in terms of preserving the red line, preventing the things that Iran has done, is doing and is trying to do against Israel from Syria," he added.

In August 2017, Israeli newspaper Haaretz reported that the Israeli military had carried out "nearly 100 strikes" in Israel, citing the outgoing Israeli air force chief. That would mean, based on Tuesday's report, another 100 have been carried out since – about two each week.

Israel alleges that Iran has used its alliance with Syria's Assad regime to set up a permanent garrison and form an anti-Israel alliance with Hezbollah supporters in Lebanon.

Since the war in Syria broke out in 2011, Iran has staunchly backed the Syrian regime by providing military advisers, financial aid and weapons. Iranian-backed militias, primarily Lebanon-based Hezbollah, have played crucial roles in defending or retaking strategic positions from the opposition groups in places like Aleppo.

On Monday, Israeli Defense Minister Avigdor Lieberman signaled that the country may also attack suspected Iranian military targets in Iraq. A senior Israeli military officer said Tuesday the army is aware of missile transfers from Iran to Iraq that are then passed on to Syria.