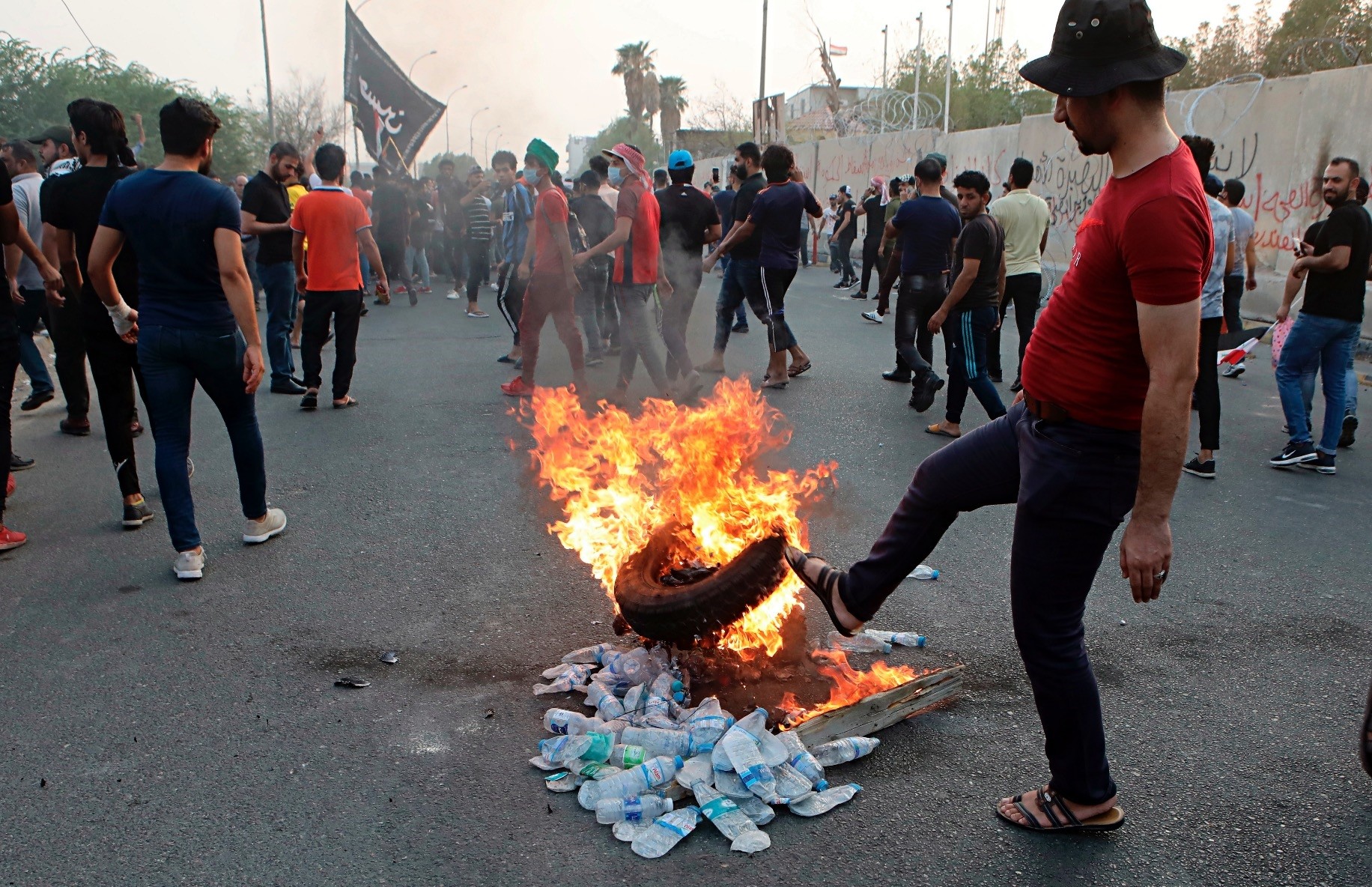 The Iraqi government is facing an uprising in Basra, where protesters were killed by security forces, at a time the country is reeling from crisis and conflicts in the region

The Iraqi government and certain Shiite groups have had to cope with a riot in Basra due to economic challenges. Despite the fact that Basra has the largest oil resources in the country, the residents believe that corruption and misgovernment have led to inequality. During mass protests security forces killed many people which led to an even bigger uprising.

At the beginning of this week security forces used real bullets to disperse protesters. One of the protesters, a young man, called Yasser Makki was seriously injured along with six other protesters. Makki died of his wounds few hours later at a hospital. His death amassed more people. Security forces did not refrain from attacking protesters again and, this time, killed at least six people. Thereafter protesters stormed a government building and set it on fire. Iraqi officials said two policemen were also killed during the clashes.

The anger of the protesters was due to several reasons – water pollution, electricity shortages and other problems like unemployment and poverty. Hundreds of people faced water-related disease after drinking contaminated water. The Iraqi government said an investigation had been launched but this did little to prevent people from taking to the streets.

Although Basra is the largest oil field in Iraq, Iraqi residents are generally not employed in these facilities. Instead, foreign workers are hired by companies. Oil revenue is not shared with society and therefore infrastructural facilities and basic services do not meet demands. Unable to meet the people's demands, the Iraqi government uses force excessively. Some government-affiliated militias killed as many as 14 people last summer while more than 200 were arrested. In addition, the internet was shut down to prevent people from organizing. Iraqi Prime Minister Haider al-Abadi promised to employ at least 10,000 Basra residents but the promises have not been fulfilled. Moreover, it will not be a sufficient number when compared to the city's 2.5 million population.

The Iraqi government is unable to deal with its internal problems as the country is engulfed with multiple conflicts. Mainly, the Daesh occupation, which was mostly repelled, caused heavy damage to the country's economy. In relation to the emergence of Daesh, the fact that the PKK gained more ground in the country's north lead to a diplomatic spat with Turkey. The desire for independence shown by the Kurdish Regional Government is more cause for trouble. The war in Syria has shook the war-torn country's economy and security. At the same time, the Baghdad administration is under the influence of Iran as Tehran's proxy groups act independently from the government. For instance, implying that the country contains several groups, which serve the different interests of other countries, the influential Shiite leader Muqtada al-Sadr said there were "secret hands" involved in the incidents in Basra.