US defends Saudi, UAE over war crimes in Yemen 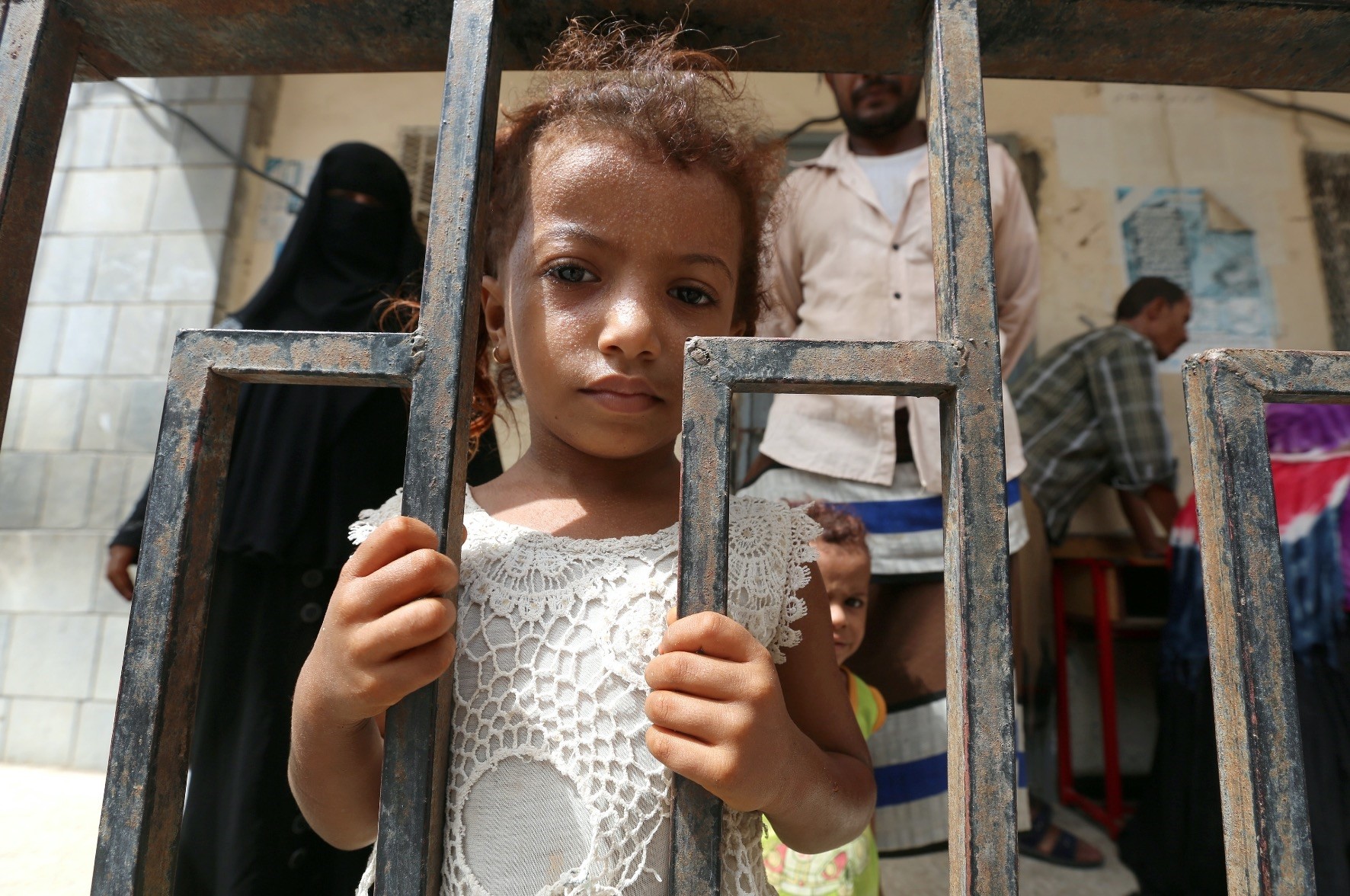 A girl stands behind a fence at a school to which she and her family have been evacuated from a village near Hodeidah airport, June 17.
by Compiled from Wire Services Sep 13, 2018 12:00 am

U.S. Secretary of State Mike Pompeo said yesterday he had certified to Congress that Saudi Arabia and the United Arab Emirates (UAE) are working to avoid harming civilians in Yemen.

Pompeo said in a statement he had advised Congress on Tuesday that "the governments of Saudi Arabia and United Arab Emirates are undertaking demonstrable actions to reduce the risk of harm to civilians and civilian infrastructure resulting from the military operations of these governments," Reuters reported.

The three-year-old war in Yemen is widely seen as a proxy battle between regional rivals Saudi Arabia and Iran. U.S. lawmakers concerned about the ensuing humanitarian crisis included a measure in the spending bill that required Pompeo to certify by Wednesday whether the Saudis and the UAE are taking meaningful measures to reduce civilian casualties and allow humanitarian aid. Without the certification, the law would prohibit the United States from refueling ally Saudi Arabia's planes. Secretary of Defense Jim Mattis said last month the U.S. intended to continue backing the Saudi-led coalition fighting Houthi rebels in Yemen despite civilian casualties.

However, earlier this month, the Saudi-led coalition admitted that mistakes were made in an August airstrike that killed 40 children. At least 51 people, including 40 children, were killed and 79 others, including 56 children, were wounded in the airstrike. The statement carried by the official Saudi Press Agency said the coalition accepts the findings of its investigative body and that "it will take all the legal measures to hold accountable those who were proven to have committed mistakes" once it officially receives the findings. It also pledged to coordinate with Yemen's government to compensate civilians.

The move came after the U.N. Human Rights Council revealed in a report that war crimes may have been committed by Saudi Arabia and the United Arab Emirates in the three-year-old conflict raging across Yemen, highlighting deadly air strikes, rampant sexual violence and the recruitment of young children as soldiers during three years of escalating conflict. The war has so far garnered relatively little public attention in Western countries, but there are signs that is starting to change, particularly because of the role Western governments play in supplying arms to the coalition countries. The U.S. assistance to the Saudi-led coalition's war in Yemen has amounted to killing innocent Yemeni civilians, as The New York Times recently argued. The report emphasized the role of the U.S. in not only selling weapons to the coalition but also providing military assistance. "It's time for the United States and its Western allies to stop selling arms or giving any military assistance to Saudi Arabia and its coalition partners," the newspaper wrote earlier this month. The majority of U.S. aid to coalition forces in Yemen have been in aerial combat, which received criticism when a U.S.-made bomb was used to target a school bus, killing dozens of Yemeni children.

Yemen has been wracked by conflict since 2014, when Shiite Houthi rebels overran much of the country. Saudi Crown Prince Mohammed bin Salman, the former defense minister, and Saudia Arabia's allies launched Operation Decisive Storm in March 2015. Riyadh has accused the rebel group of serving as a proxy force for Iran, Saudi Arabia's archfoe in the region.