'A f…ing killer': Book says Trump talked behind el-Sissi's back 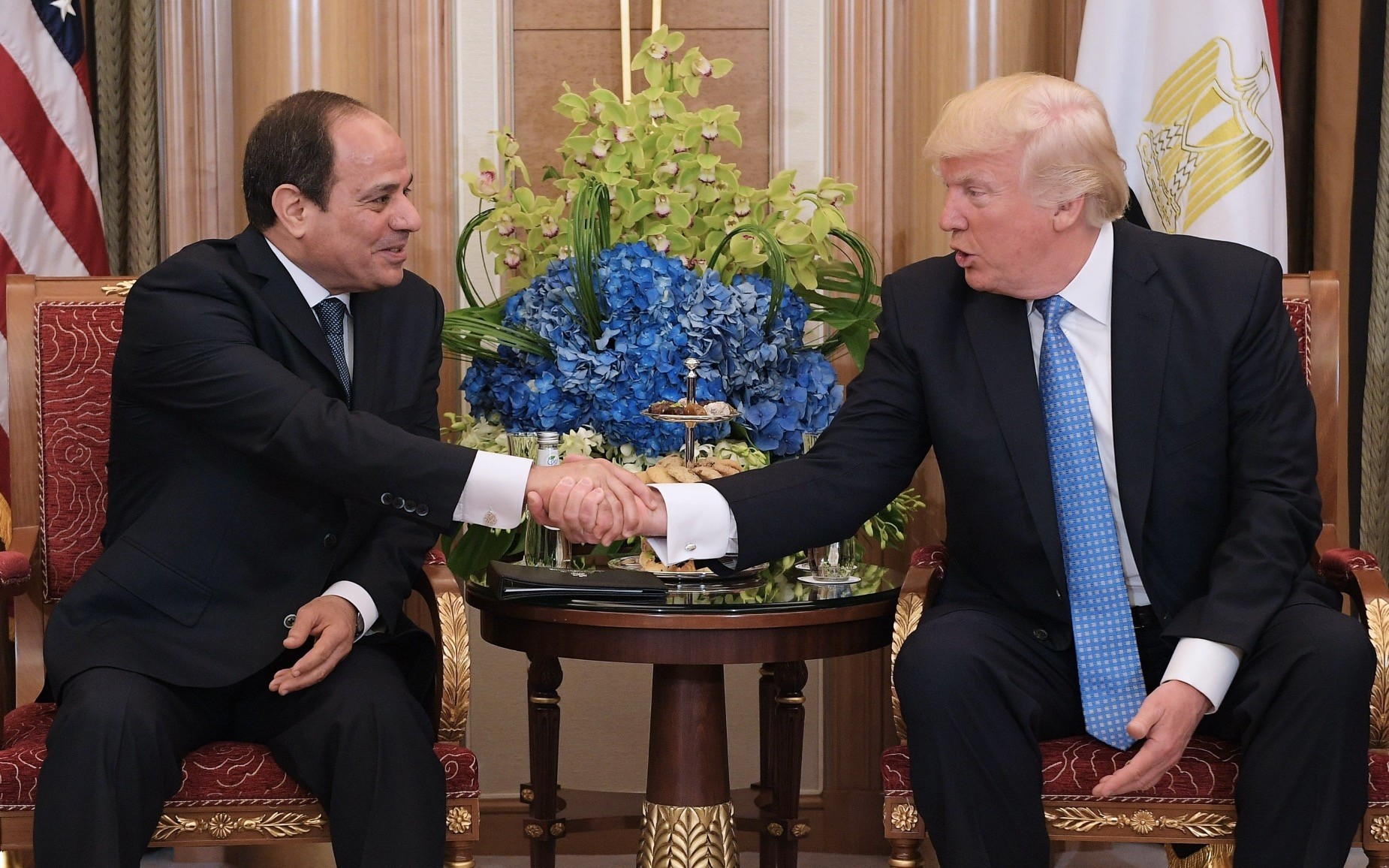 Trump's comments followed his negotiations with el-Sissi to secure the release of charity worker Aya Hijazi, the book says. Hijazi, an American citizen, was freed in 2017 after three years in detention in Egypt. Speaking with his former attorney John Dowd, Trump reportedly said: "Dowd, remember who I'm talking to. The guy's a f…ing killer. This guy's a f…ing killer! I'm getting it done," the book claims.

"[He] will make you sweat on the phone," Trump continued, in his conversation with Dowd, before making an impression of the Egyptian president. "Donald, I'm worried about this investigation. Are you going to be around? Suppose I need a favor, Donald?" El-Sissi was apparently referring to an investigation into the alleged Russian election interference that landed Trump in hot water. Trump says el-Sissi's remarks were "a kick in the nuts."

Cairo has not commented yet on the report, while Trump has lashed out at the recently released book, describing it as "fiction." In a 2017 interview, the Egyptian president made glowing remarks about Trump, said he "admired" him and "anticipated that he will succeed in managing a country as massive as the United States."

Egypt has long been a key U.S. ally in the Middle East, receiving nearly $80 billion in military and economic assistance over the past 30 years. Earlier this month, U.S. Secretary of State Mike Pompeo authorized the release of $1.2 billion in military assistance to Egypt, despite human rights concerns that have held up previous funding.

In July, Pompeo lifted a hold on another $195 million in Foreign Military Financing (FMF) that Congress had approved for budget year 2016 but which former Secretary of State Rex Tillerson had frozen due to continuing human rights issues. The department has said that the Trump administration still had "serious concerns about the human rights situation in Egypt" and would continue to raise those concerns with senior Egyptian officials.

Independent monitoring groups have documented continued human rights abuses in Egypt over the past year, and one such organization, Human Rights First, condemned the announcement. "This is a clear signal that the Trump Administration is more than okay with President el-Sissi's targeting of human rights defenders. Green lights don't come much bigger than this."

The New York-based Human Rights Watch has described the situation in Egypt as the "worst human rights crisis in the country in decades." Egyptian police, the group said, systematically use "torture, arbitrary arrests and enforced disappearances to silence political dissent," according to a recent assessment.

"Fear" has already sold more than 750,000 copies, Simon & Schuster announced Wednesday, the day after the book arrived in stores. It is virtually assured of joining Michael Wolff's "Fire and Fury" as a million-selling takedown of Trump. The pace of sales, which include print, e-books and an audio edition, is among the fastest in memory for a nonfiction work. In 2004, Bill Clinton's memoir "My Life" sold more than 1 million copies within eight days.

The book has dominated political headlines since reports about it emerged last week. The book portrays Trump as an ill-informed and dishonest president and the West Wing staff as trying to minimize the damage. Some former White House officials who spoke with Woodward have tried to distance themselves from the book.

Since becoming famous in the 1970s for his Watergate reporting, Woodward has written several bestsellers about sitting presidents. "Fear" had more pre-orders than any other book in Simon & Schuster's history, according to the publisher, which has previously released such bestsellers as Hillary Clinton's "Living History" and Walter Isaacson's "Steve Jobs."