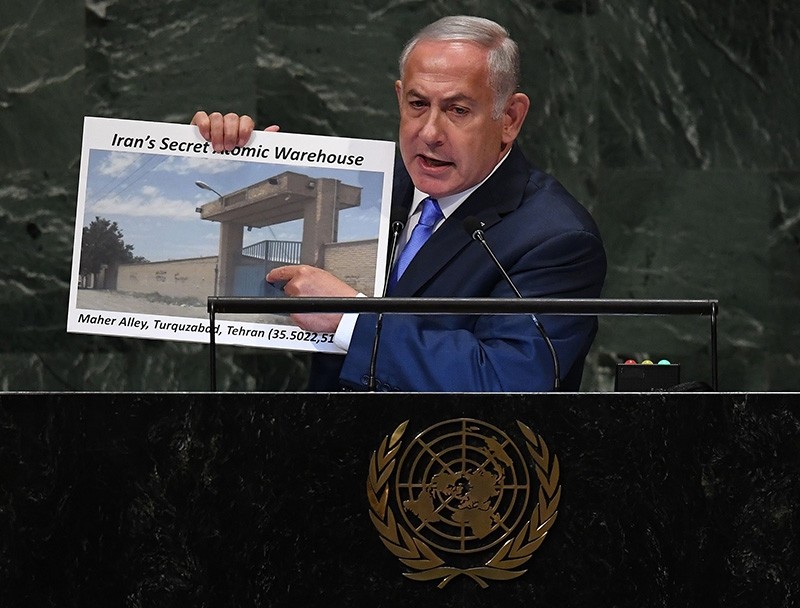 Israeli Prime Minister Benjamin Netanyahu on Thursday accused Iran of hiding nuclear-related material at a warehouse in Tehran, which he said proved it had not abandoned its nuclear weapons program.

The Israeli premier said the "secret" warehouse was used for "storing massive amounts of equipment and material from Iran's secret nuclear weapons program."

"Iran has not abandoned its goal to develop nuclear weapons.... Rest assured that will not happen. What Iran hides, Israel will find," he added.

Netanyahu presented maps and photos of what he says is a "secret atomic warehouse" in the Turquzabad district of Tehran, concealed as a rug-cleaning operation.

He said Iranian officials had started cleaning out the atomic warehouse, but still had a lot of work to do because they "have had at least 15 ship containers, they're gigantic, 15 ship containers full of nuclear-related equipment and materials stored there," he said.

"This means that this site contained as much as 300 tonnes - 300 tonnes - of nuclear-related equipment and materiel," he said.

Netanyahu said Israel has shared information about this site with the International Atomic Energy Agency and some intelligence agencies.

France, Britain, Germany, China and Russia have stayed in the deal, vowing to save it despite the restoration of U.S. sanctions on Iran.

"Have these European leaders learned nothing from history? Will they ever wake up?" he said.

There was no immediate reaction from Iran, which denies building nuclear weapons.