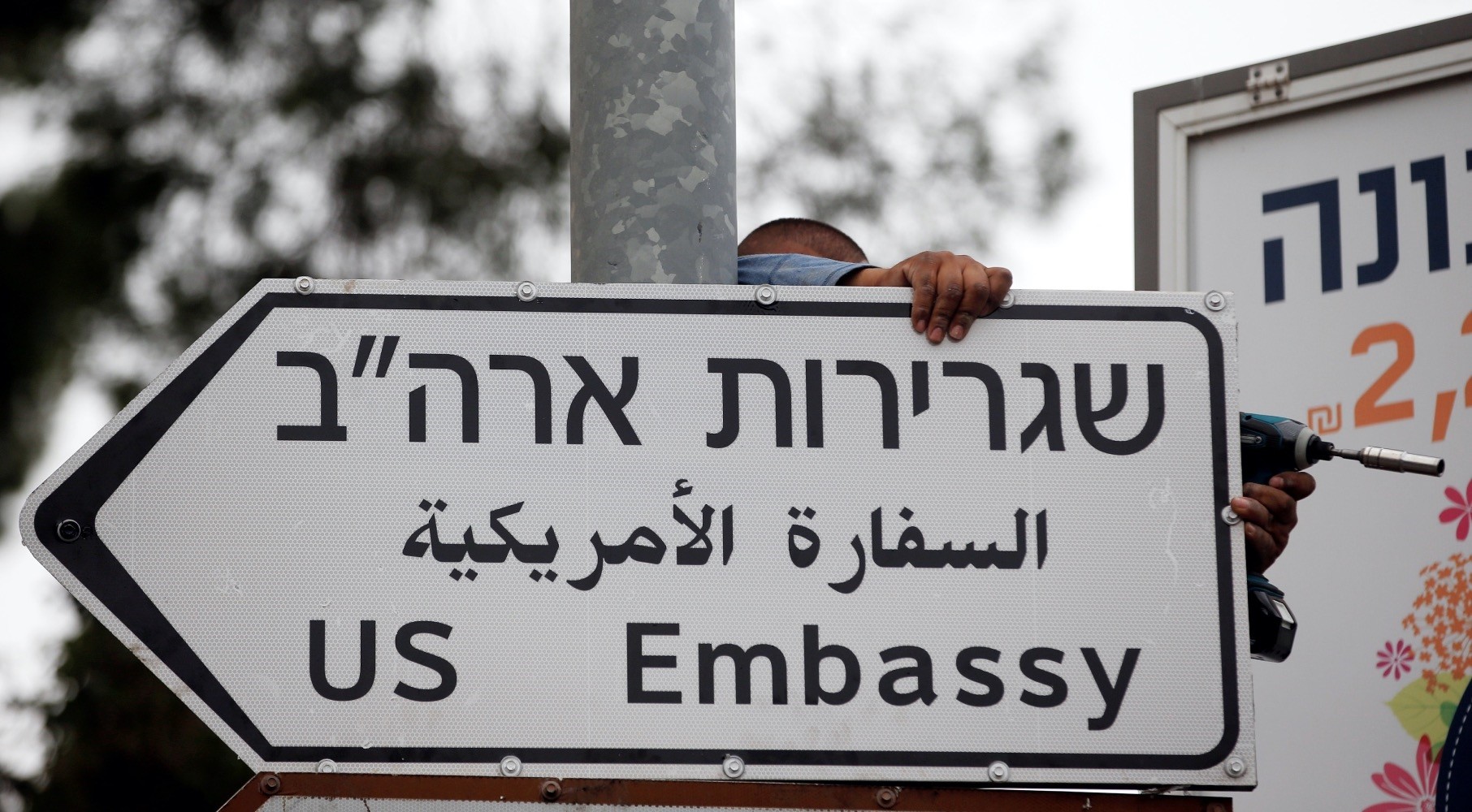 Since March 30, more than 193 Palestinians have died in violence following the inauguration of the U.S. embassy in Jerusalem.
by Compiled from Wire Services
Oct 01, 2018 12:00 am

Palestinian Foreign Minister Riyad al-Maliki said Saturday the Palestinians have petitioned the U.N.'s top court, alleging that the U.S. inauguration of an embassy in Jerusalem violates an international treaty.

The ICJ, known as the World Court, said in a statement Palestine argues the 1961 Vienna Convention of Diplomatic Relations requires a country to locate its embassy on the territory of a host state. While Israel controls Jerusalem militarily, its ownership is disputed.

The Palestinians have filed a lawsuit at the ICJ for "violating international law by moving its embassy in Israel to the occupied city of Jerusalem," he said, quoted by the official Palestinian news agency WAFA, Agence France-Presse (AFP) reported. "The ICJ was asked to declare that moving the embassy to occupied Jerusalem constituted a violation of the Vienna Convention on Diplomatic Relations," WAFA wrote.

The court said the Palestinian suit, filed on Friday, called on the body "to order the United States of America to withdraw the diplomatic mission from the Holy City of Jerusalem and to conform to the international obligations flowing from the Vienna Convention."

In December, U.S. President Donald Trump recognized Jerusalem as the capital of Israel, despite Palestinian claims on part of the city and breaking with longstanding U.S. policy. Palestinians have since refused all contact with the Trump administration.

The U.S. Embassy was transferred from Tel Aviv to Jerusalem on May 14, a day marked by mass protest in the Gaza Strip where more than 193 Palestinian protesters were killed by Israeli gunfire in border clashes.

Israel occupied East Jerusalem along with the West Bank in the 1967 Six-Day War and later declared the entire city its united capital. Palestinians claim the predominantly Arab eastern area as the capital of a future Palestinian state. U.N. resolutions call on countries to refrain from moving their embassies to the city until its status is resolved in an Israeli-Palestinian deal.

The ICJ is the United Nations' venue for resolving disputes between nations. Palestine was recognized by the U.N. General Assembly in 2012 as a non-member observer state, though its statehood is not recognized by either Israel or the United States.

Earlier this month, Palestinians announced a fresh push against Israel at the International Criminal Court (ICC), a day after the United States said it was closing their Washington mission partly over the campaign. The closure of the PLO office is one of many, although not the last, steps the U.S. has taken to impose a solution on the Palestinians rather than include them in the process. In recent weeks, the United States cut more than $200 million in bilateral aid to the Palestinians and canceled its support for the U.N. agency for Palestinian refugees. The Palestinians accused the Trump administration of being one-sided. They cut off contact with the U.S. administration after Trump recognized the disputed city of Jrusalem as Israel's capital in December.