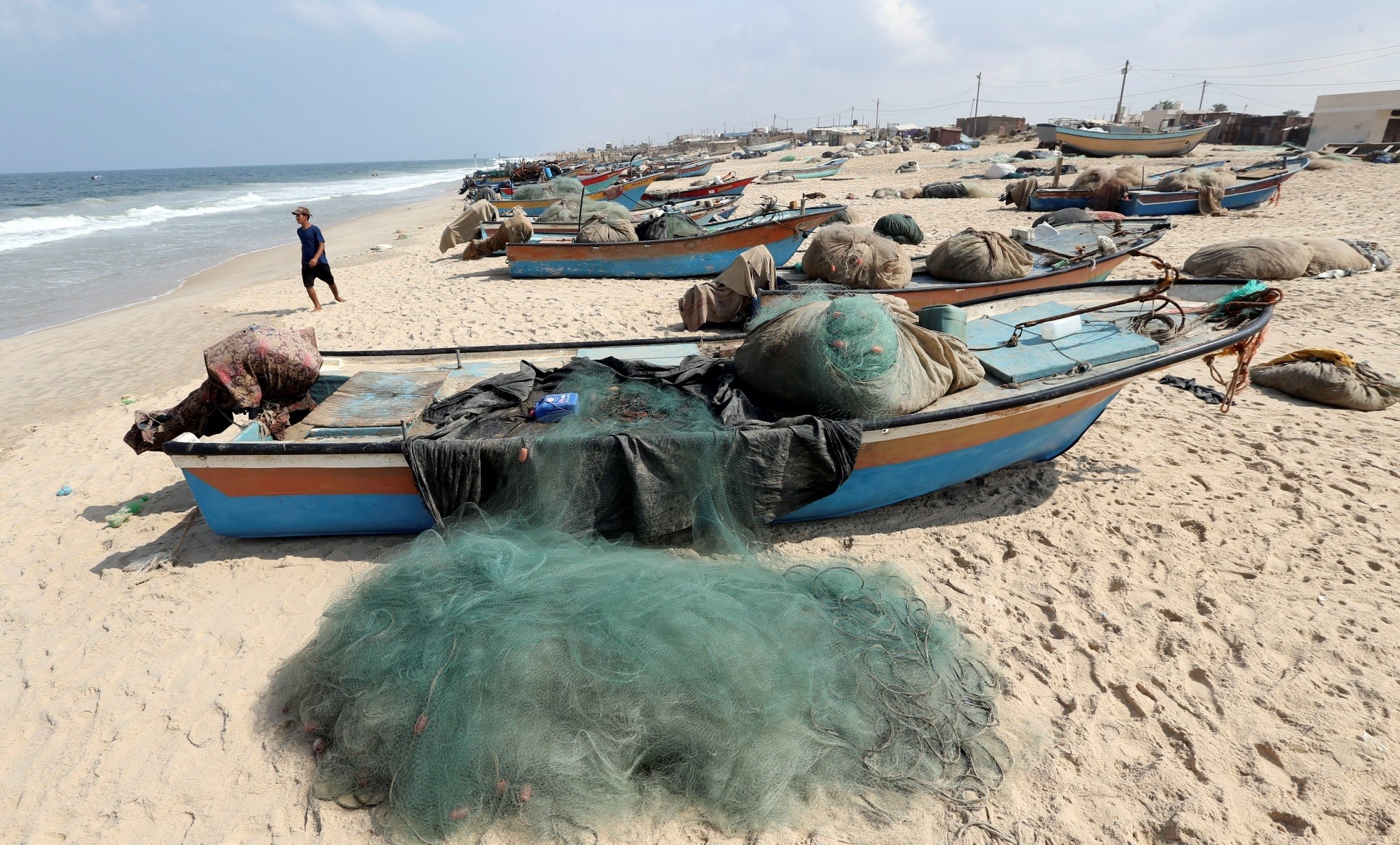 Despite a severe humanitarian crisis and economic recession in the Gaza Strip, Israel has announced plans to narrow the fishing zone from 9 to 6 miles

Israel's defense minister on Saturday ordered a reduction of the fishing zone along the Gaza Strip's coastline in retaliation for ongoing border protests. The fishing zone will be reduced to six nautical miles (11 kilometers) from nine nautical miles, a statement by Israeli Defense Minister Avigdor Lieberman's office said.

According to the fishermen's union, roughly 50,000 Gazans earn their living from fishing. Restrictions on the extent of fishing zones along the Gaza shoreline form part of Israel's economic blockade of the Strip, which has been in place for more than a decade. After Israel's devastating military onslaught against Hamas-run Gaza in mid-2014 in which some 2,150 Palestinians were killed, Israel began allowing Palestinian fishermen to fish up to six nautical miles off the Gaza coast, as opposed to three nautical miles previously. In May, Israeli authorities increased the fishing area for Gazan fishermen to nine nautical miles. The Oslo interim peace accords in the early 1990s set a 20-nautical-mile limit, which was never implemented. Since then the zone has ranged in size between three and six nautical miles.

A senior Palestinian official on Saturday slammed Israel's decision to reduce the fishing area off the Gaza Strip coast as "unjust and unfair."

"Although Israel expanded the fishing area in August to nine nautical miles, the Israeli naval forces continued its harassment against Gazan fishermen, which badly affected the amount of fish they were catching," said Nizar Ayyash, head of Gaza's fishermen union, as reported by Chinese news agency, Xinhua.

Palestinians have been protesting at least weekly along the Gaza border since March 30 in what they call the "Great March of Return." Protesters are demanding an end to the blockade and for Palestinian refugees to be allowed to return to homes their families fled in the 1948 war surrounding Israel's creation. Friday's protests were bigger than those in recent weeks. At least 198 Palestinians have been killed since the protests began, while one Israeli soldier has been shot dead over the same period. Israel was criticized by a U.N. human rights body for its killing of protesters in Gaza and treatment of Palestinians, declaring it a war crime under the Statute of Rome. The high casualty toll triggered a diplomatic backlash against Israel and new charges of excessive use of force against unarmed protesters.

Dozens of Palestinians demonstrated against high unemployment rates in the Gaza Strip yesterday, which has been reeling under a crippling Israeli blockade. Protesters called on local authorities and the Ramallah-based Ministry of Labor to intervene to create jobs for jobless Palestinians in the seaside enclave.

"Today, poor families in Gaza are coming out to raise their voices in the face of the Palestinian Authority [PA] and the international community," Talal Abu Zarifa, a member of the Democratic Front for the Liberation of Palestine (DFLP), which organized the rally, told Anadolu Agency (AA).

"We tell the PA that you have to correct your policy and put an end to the division that has turned the Gaza Strip into a disaster zone in conjunction with the [Israeli] blockade." Abu Zarifa went on to decry the "continued silence of the international community" towards the Israeli blockade on the Gaza Strip.

Last month, the World Bank warned that the Gaza economy was in "free fall," calling on Israel and the international community to take immediate actions to avoid "immediate collapse" in the Palestinian territory. According to the bank, unemployment is now over 50 percent and over 70 percent among Gaza's youth.