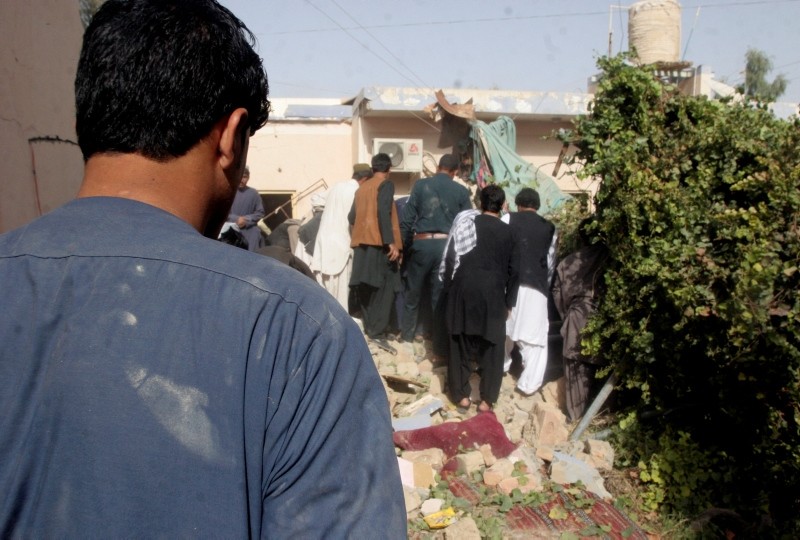 An election candidate and eight others were killed in a suicide attack in Afghanistan Tuesday, days after the Taliban vowed to disrupt the upcoming parliamentary elections.

The candidate, Saleh Mohammad Achekzai, was holding a meeting at the time of the attack, which also killed several of his bodyguards, Attahullah Afghan, head of the southern Helmand provincial council told The Associated Press in a telephone interview.

Another 11 people were wounded when the attacker blew himself up Asikzai's campaign office in the southern city of Lashkar Gah, Helmand provincial governor spokesman Omar Zhwak told AFP.

Achekzai's home in Helmand is located where the Taliban are said to control nearly 80 percent of the area. In recent months the insurgents have on occasion laid siege to the city.

The attack on Achekzai comes a day after Taliban spokesman Zabihullah Mujahid described the polls as a "malicious American conspiracy" and urged voters to boycott them. Mujahid said the Taliban militants would pull no punches to disrupt the ballot.

No one immediately took responsibility for the attack, which is not the first since campaigning began on Sept. 28. A suicide bomber struck an election rally in Afghanistan's eastern Nangarhar province last week, killing at least 14 people and wounding around 40, according to government officials.

There are 2,565 candidates vying for seats in the 249-member chamber, including 417 women candidates.

President Ashraf Ghani condemned the attack and said Afghans who believed in democracy would not allow "terrorists" to stop the elections.

In the run-up to campaigning, five candidates have been killed in separate attacks. Officials from the country's Independent Election Commission said another two candidates have been abducted, with their fates unknown, and three others have been wounded in attacks. Afghan security forces accidentally killed three bodyguards of an independent candidate during a raid on a house near his residence in the eastern Kunar province on Sunday.

In other violence in Afghanistan, 15 Afghan Security Force personnel were killed in separate attacks on Monday.

Jawzjani says the assault was a failed attempt to capture the district. He said 30 Taliban were killed and 19 wounded.

Spokesman Zabihullah Mujahid said the Taliban claimed responsibility for the attack. He, however, claimed a higher number of casualties among Afghan police. The Taliban often exaggerate their claims.