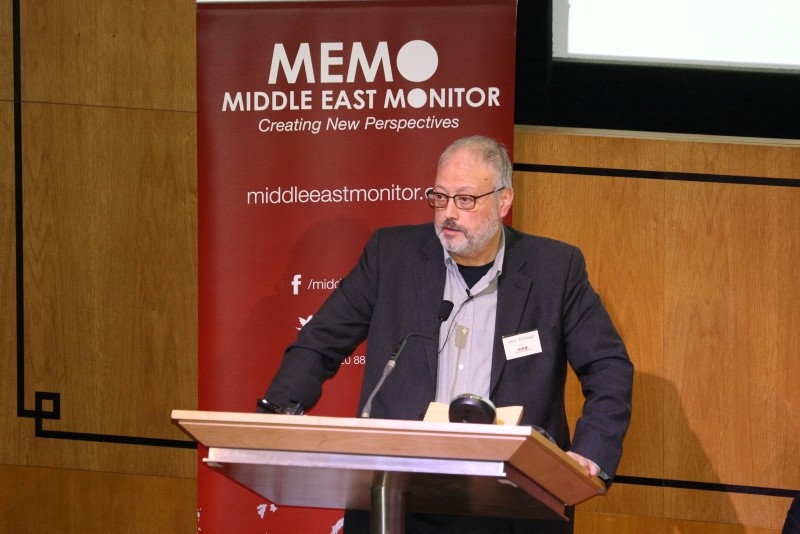 At least 15 Saudi journalists and bloggers have been arrested over the past year, Reporters Without Borders (RSF) said on Wednesday, following the disappearance of Saudi columnist Jamal Khashoggi.

"In most cases, their arrests have never been officially confirmed and no official has ever said where they are being held or what they are charged with," RSF, which defends press freedom around the world, said in a statement.

Cases included that of Saleh al-Shihi, a journalist whose arrest was only confirmed in February when his family learned he had been sentenced to five years in prison, RSF said.

He disappeared in December 2017, but his detention was not revealed until his conviction and sentence were announced in the kingdom, the organization added.

Economist and citizen-journalist Essam al-Zamel was put on trial this month for criticizing the government's economic strategy in a series of tweets and reports. It was only then officially confirmed he has been in jail for the past year.

Another journalist and commentator, Turad al-Amri, has been missing since November 2016 after protesting in a tweet to a clampdown on Saudi media, including the blocking of an online newspaper for which he had written.

Fayez bin Damakh, another reporter and poet, has also been reported missing since September 2017 when he was about to launch a TV news channel in neighboring Kuwait.

Local press reports suggested he was abducted and taken to Saudi Arabia, though this has never been confirmed.

Khashoggi, who lived in self-imposed exile in the United States, vanished on October 2 after entering Riyadh's consulate in Istanbul to obtain official documents ahead of his marriage to his Turkish fiancée.

On Wednesday, Turkish television released CCTV footage of him entering the consulate.

Saudi authorities have said the journalist left the building after his visit and rejected Turkish police suggestions he might have been killed there.

RSF is calling for an independent international investigation to determine his fate.

A total of 25 to 30 professional and non-professional journalists are currently believed to be detained in Saudi Arabia, which is ranked 169th out of 180 countries in RSF's 2018 World Press Freedom Index, the organization also said.