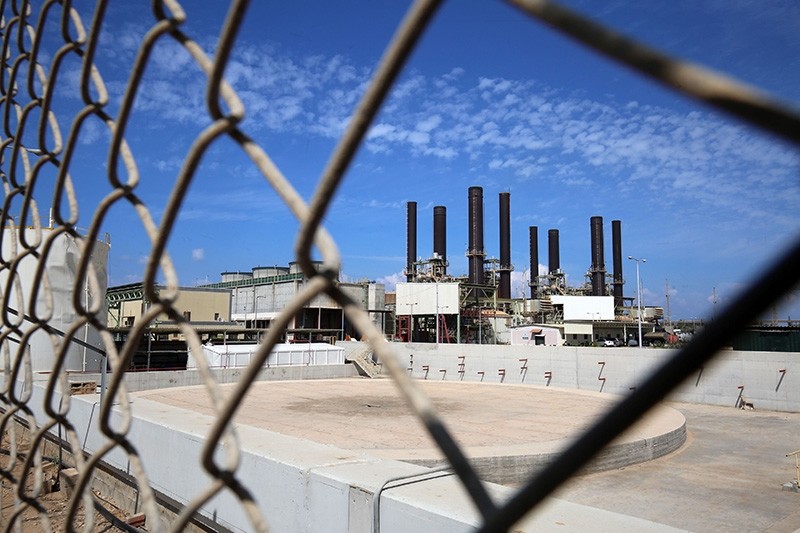 Qatar on Wednesday pledged $150 million in aid for Gaza, a day after fuel purchased by the Gulf state arrived at the only power station in the beleaguered enclave.

A statement from Doha's foreign ministry said the money had been pledged via the Qatar Development Fund, the government body responsible for distributing the country's foreign aid.

"Under the directives of His Highness Sheikh Tamim bin Hamad al-Thani, the Emir of Qatar, the Qatar Development Fund has pledged $150 million in humanitarian aid to alleviate the humanitarian crisis in the besieged Gaza Strip," the ministry said.

It added that the United Nations Development Programme (UNDP) would oversee distribution of the aid.

More Qatar-funded fuel shipments entered into the Gaza Strip this week, according to a Hamas spokesman and other sources.

According to a Tuesday statement by Stephane Dujarric, a spokesperson for U.N. Secretary-General Antonio Guterres, 15 trucks, all loaded with fuel from Qatar, are expected to soon begin entering Gaza on a daily basis.

Tuesday saw the first pair of fuel-loaded trucks entering blockaded Gaza from Israel through Kerem Shalom, Gaza's prime commercial crossing point and the only one with Israel.

The truck that entered Gaza brought the first delivery out of a $60 million fuel donation by Qatar meant to provide the power plant with enough fuel to operate for six months, local sources said, Reuters reported.

But, it was met with criticism by officials close to Palestinian president Mahmoud Abbas, whose rival administration was not involved. The shipment was a potential slap to the Western-backed Abbas's administration, which opposed the foreign relief plan.

Gaza is controlled by Abbas's rival, the Hamas resistance group and the Palestinian president has been using economic pressure in order to wrest back control.

A spokesman for the Abbas-appointed Palestinian Prime Minister Rami Hamdallah, who is based in the Israeli-occupied West Bank, voiced disapproval of the fuel delivery.

"Any international financial aid to the Gaza Strip should be through, or with the coordination of, the Palestinian government," he said, in order "to preserve Palestinian unity" and to stop any plans to separate Gaza from the West Bank.

The U.N. says Israel's 11-year blockade of the enclave has resulted in a "catastrophic" humanitarian situation.

Gaza's 2 million residents endure dire living conditions including a shortage of safe drinking water and regular power cuts, partly due to a lack of fuel for the strip's power station.

For months Gaza residents have been receiving an average of just four hours of mains electricity a day.

Gaza residents have staged regular protests since March along the territory's border with Israel, sparking deadly gunfire from Israeli troops and fears of an all-out conflict between Hamas and Israel, which have fought three wars since 2008.

Hamas has been in control of Gaza since 2007.

Qatar, which has poured billions into Gaza, is home to former prominent members of Hamas including ex-leader Khaled Meshaal.

Those ties came under intense scrutiny when a diplomatic crisis broke out in June 2017, pitting Qatar against a Saudi-led bloc that accuses the gas-rich emirate of supporting "extremists" and being too close to Iran.