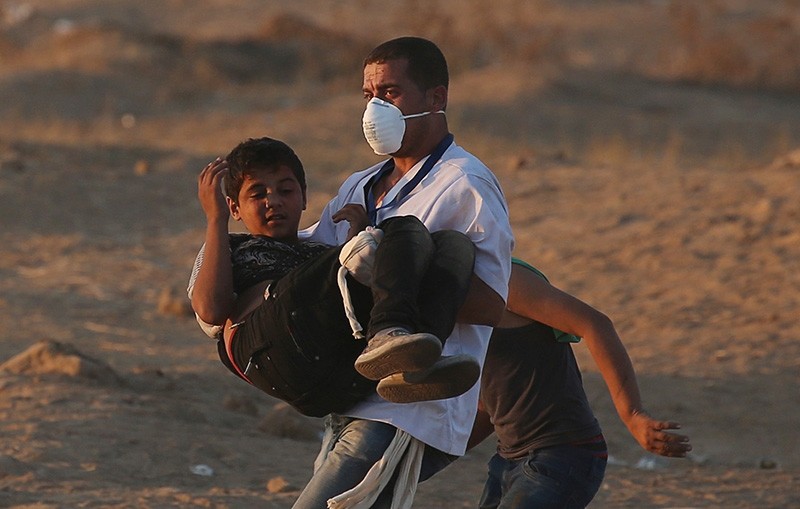 A wounded Palestinian boy is evacuted during a protest calling for lifting the Israeli blockade on Gaza and demanding the right to return to their homeland, at the Israel-Gaza border fence in the southern Gaza Strip Oct. 12, 2018. (Reuters Photo)
by Compiled from Wire Services
Oct 12, 2018 12:00 am

Israeli forces shot dead seven Palestinians Friday in one of the deadliest days in months of mass protests along the security fence separating Gaza and Israel, Gaza's Health Ministry said.

A spokesman for the Palestinian health ministry said six Palestinian men were killed as thousands of protesters approached the heavily-guarded Israeli border.

Four died along the frontier east of Al-Bureij in central Gaza, one east of Gaza City and one near Rafah in southern Gaza, the spokesman said, adding that all the victims were men aged between 17 and 29.

The ministry added that at least another 140 Palestinians were wounded by live bullets.

At least 204 Palestinians have been killed by Israeli fire in Gaza since March 30, when Palestinians in the Gaza Strip began holding almost daily protests near the buffer zone.