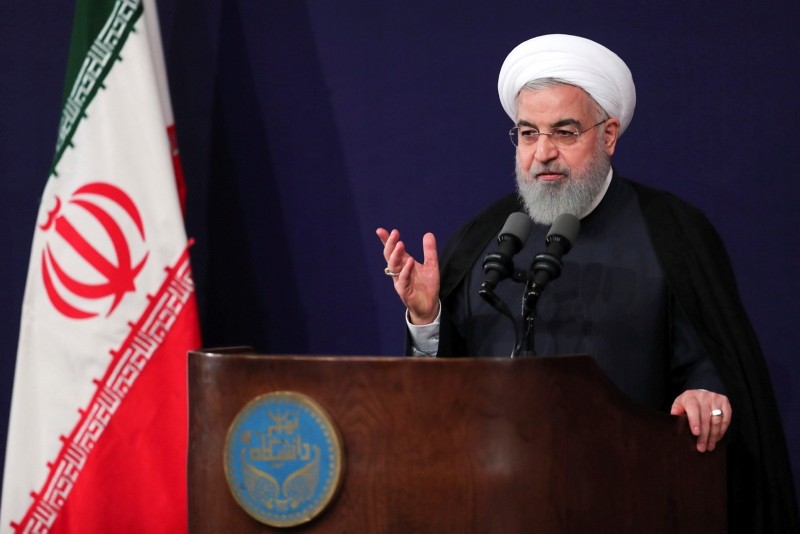 The U.S. is seeking "regime change" in Iran, President Hassan Rouhani said on Sunday, adding that the current U.S. administration is the most hostile that the Islamic Republic has faced in its four decades.

Tensions have increased between Iran and America after U.S. President Donald Trump withdrew from a multi-lateral agreement on Iran's nuclear programme in May.

"In the past 40 years there has not been a more spiteful team than the current U.S. government team toward Iran, Iranians and the Islamic Republic," Rouhani said in a speech broadcast on state TV.

"There was a time when there was one person who had enmity. The rest were moderate. Now...the worst have gathered around each other," he added in a speech marking the beginning of the academic year at Tehran University.

Rouhani accused the Americans of using psychological and economic warfare and questioning the legitimacy of the Islamic Republic.

"Reducing the legitimacy of the system is their final goal. When they say getting rid of, regime change in their own words, how does regime change happen? Through reducing legitimacy, otherwise a regime doesn't change,"

He used the English phrase "regime change" to emphasise his point.

With U.S. curbs on Iran's oil exports set to come into force next month, some Iranians fear their country is entering an economic slump that may prove worse than the period from 2012 to 2015, when it last faced major sanctions.

Vice-president Eshaq Jahangiri played down the impact of the planned restrictions. Iran has been able to find new partners to buy its oil even though some countries have stopped purchases, Jahangiri said on Sunday, according to Islamic Republic of Iran Broadcasting (IRIB).

"America will certainly not be able to reduce Iran's oil exports to zero," he said.

"America thinks Saudi Arabia can replace this oil. But right now Iran's oil has reached more than $80 and with half the previous exports we will have the same income as before," he added on comments on the IRIB website.