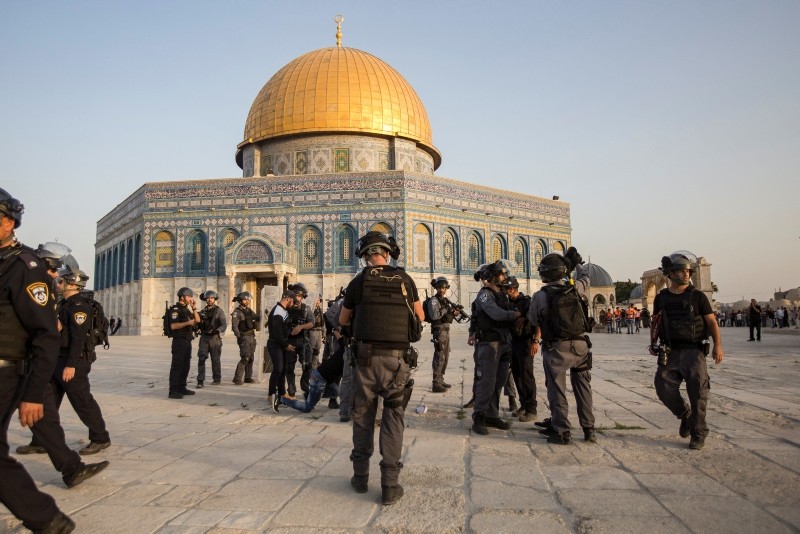 An Israeli policewoman was arrested in occupied West Bank after shooting a Palestinian as a "dubious form of entertainment," the judge at the hearing said Tuesday.

The policewoman in her 20s shot the Palestinian man in May "for no apparent reason" while she was on duty near al-Zaim checkpoint in East Jerusalem, Israeli daily Haaretz reported.

The Palestinian was seriously injured in the incident.

The incident came to the knowledge of the Justice Ministry while investigating another case in which a Palestinian was badly beaten by border police.

The suspect apparently shot the Palestinian as a "dubious form of entertainment," the judge at a hearing in the Jerusalem Magistrate's Court said.

The incident was filmed by a policeman in the unit, where another policeman can be heard shouting at the Palestinian in Arabic to go away.

A few seconds later, the Palestinian was shot in the back with sponge-tipped bullet, Haaretz said.

Investigators believe that the shooting occurred after police officers returned from operation, during which they arrested the Palestinian, thus he was under their responsibility.

There was no comment from Israeli police on the incident.