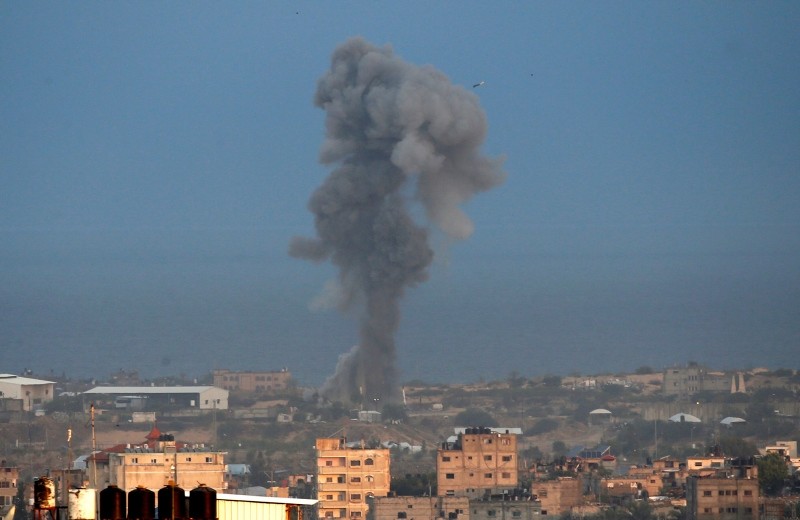 A Palestinian man was killed in a fresh Israeli airstrike in the Gaza Strip on Wednesday, according to the Palestinian Health Ministry.

In a statement, the ministry identified the victim as 25-year-old Naji al-Zaanin, who was killed in the attack that targeted the northern city of Beit Lahia.

The Israeli military confirmed the airstrike, saying it targeted a group of Palestinians trying to fire rockets into Israeli territory.

Early Wednesday, the Israeli army carried out a series of airstrikes in Gaza in response to rocket fire, injuring three people, according to the Palestinian Health Ministry.

The Israeli military said on Twitter it started attacking targets in Gaza in response to rocket fire into the city of Be'er Sheva.

Meanwhile, Israeli Defense Minister Avigdor Lieberman ordered the closure of both of Israel's border crossings with Gaza on Wednesday after the rocket attack.

Lieberman ordered the closure of the Kerem Shalom goods crossing and the Erez crossing for people, and the reduction of the permitted fishing zone along the Gaza coast to three nautical miles, the defense ministry body responsible for Palestinian civil affairs, COGAT, said.

Since March, more than 200 Palestinians have been martyred and thousands more injured by Israeli army fire in anti-occupation protests along Gaza border.

Demonstrators demand an end to Israel's 12-year Gaza blockade and the right to return to their homes in historical Palestine from which they were driven in 1948 to make way for the new state of Israel.