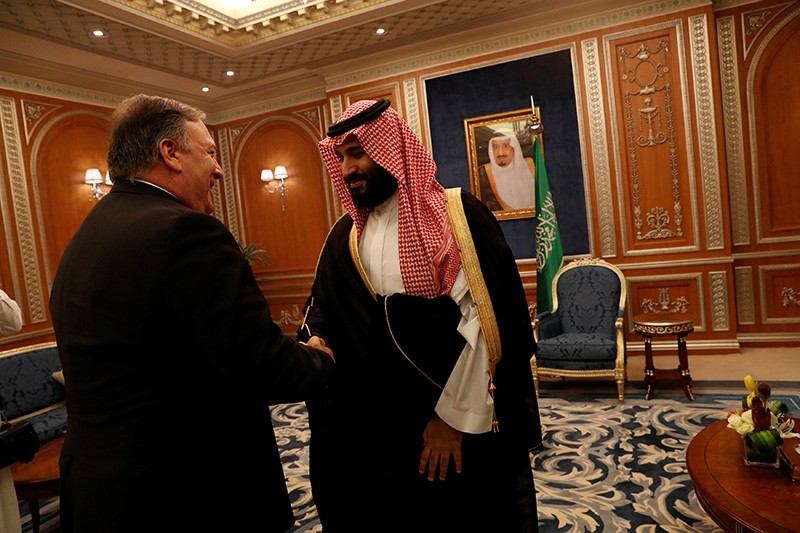 Saudi Arabia is considering putting the blame for the killing of journalist Jamal Khashoggi on an intelligence officer who is close to Crown Prince Mohammed bin Salman, The New York Times reported Thursday.

Sources told The Times rulers in the kingdom are planning to pin fault on Gen. Ahmed al-Assiri, an adviser to the crown prince, in a move that could deflect fingers pointed at the 33-year-old aspirant.

"The Saudi rulers are expected to say that General Assiri received verbal authorization from Prince Mohammed to capture Mr. Khashoggi for an interrogation in Saudi Arabia, but either misunderstood his instructions or overstepped that authorization and took the dissident's life," two people familiar with the plan told The Times on condition of anonymity.

Bin Salman, the de facto ruler of Saudi Arabia, has been seen by many in the West as a reformer who has brought massive social change and progressive reform to the kingdom.

However, his image has been tainted in recent weeks because of the global outcry over the missing journalist.

Khashoggi, a Saudi national and columnist for The Washington Post, was last seen entering the Saudi consulate in Istanbul on Oct. 2. Evidence is mounting that the journalist was killed and dismembered by Saudi nationals who flew into Istanbul that same day.

Officials from a joint Turkish-Saudi team completed an investigation into the case early Thursday after searching the residence as well as the Saudi Consulate building in Istanbul.

Meanwhile, a wave of bipartisan U.S. lawmakers has taken a stand against Saudi Arabia, demanding answers on Khashoggi's disappearance.

Democratic Congressman Jim McGovern introduced a bill in the House of Representatives that would halt arms sales to Saudi Arabia unless Secretary of State Mike Pompeo certifies the kingdom did not order the killing of Jamal Khashoggi. The bill currently has eight co-sponsors from both political parties.

After returning from a trip to Saudi Arabia and Turkey, however, Pompeo said he advised U.S. President Donald Trump to give Saudi officials "a few more days" to continue the investigation.

Trump, along with senior officials in the administration, have defended bin Salman, with Jared Kushner, Trump's son-in-law and Middle East advisor, telling the president to stand behind the crown prince, the newspaper reported.

The Times said that Saudi had already briefed the U.S. on their plan, and people "close to the White House have already been briefed and given General Assiri's name."

Assiri was previously the spokesman for the Saudi-led coalition in Yemen and had been promoted to a high ranking adviser last year.