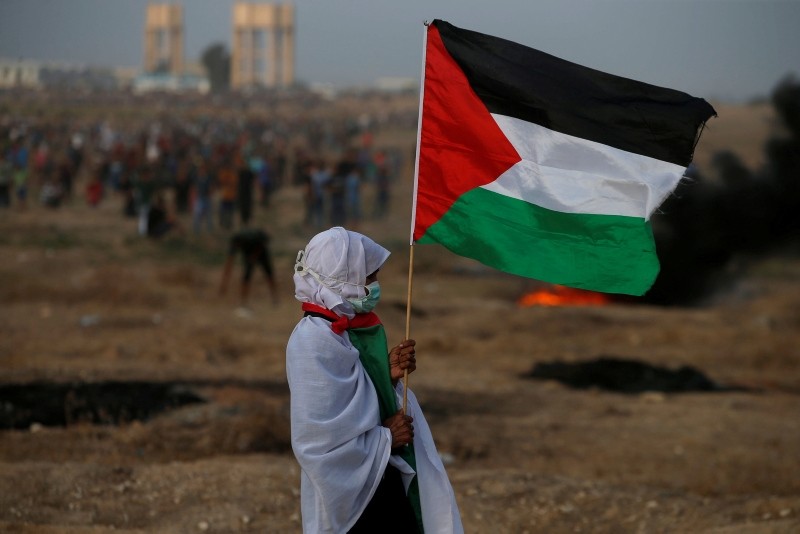 Israeli soldiers shot and wounded 130 Palestinians during protests near the Gaza border on Friday, the Gaza Health Ministry said.

For the 30th consecutive Friday, thousands of Palestinian demonstrators converged on the Gaza-Israel buffer zone Friday to take part in mass demonstrations against Israel's decades-long occupation.

In a statement, Gaza's National Authority for Breaking the Siege renewed its call to the people of Gaza to take part in the ongoing rallies.

Earlier Friday, Israel beefed up its troop-strength along the buffer zone in anticipation of the Friday protests.

"The nature of the Israeli army's response to violence along the fence [i.e., buffer zone] is expected to change with the deployment of armor and… artillery forces around Gaza," the Israeli Broadcasting Authority reported.

On Thursday, Israel's Security Cabinet ordered the military to step up its response to the ongoing demonstrations.

Since the rallies began on March 30, more than 200 Palestinians have been killed near the buffer zone -- and thousands more injured -- by Israeli army gunfire.

Protesters demand the right to return to their homes and villages in historical Palestine, from which they were driven in 1948 to make way for the new state of Israel.

They also demand an end to Israel's 12-year blockade of the Gaza Strip, which has gutted the coastal enclave's economy and deprived its two million inhabitants of many basic commodities.