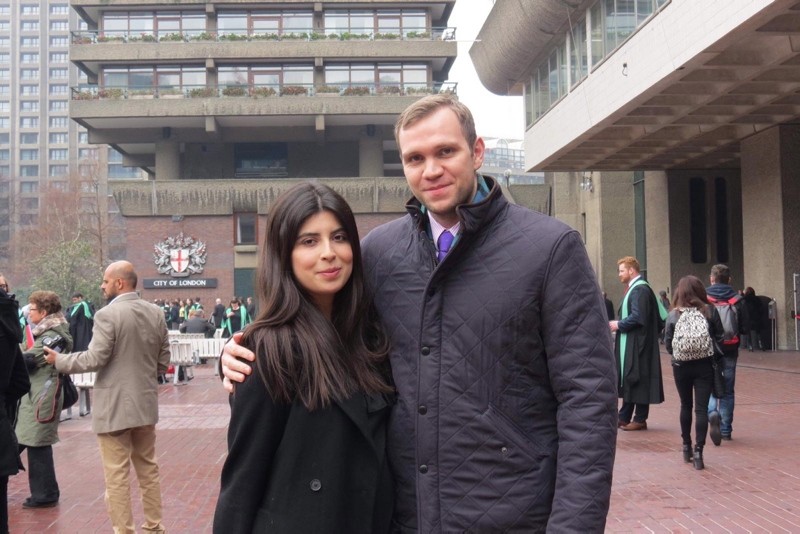 The Human Rights Watch (HRW) condemned the United Arab Emirates on Sunday for detaining a British academic for over five months without charge and continuously denying him his due process rights.

Matthew Hedges, a 31-year-old doctoral student at Durham University, was arrested on May 5 at Dubai airport after a two-week visit and has been kept in solitary confinement since then.

The 31-year-old, who was researching the UAE's foreign and internal security policies after the 2011 Arab Spring revolutions, stands accused of "spying for a foreign country, jeopardizing the military, political and economic security of the state", according to UAE attorney general Hamad al-Shamsi.

Hedges appeared at a court in the UAE capital Abu Dhabi on Oct. 10 after a first hearing earlier this month, but was not initially informed of any charges. His trial is expected to resume on Oct. 24.

Hedges' wife Daniela Tejada said on Oct. 16 that he had been "held in an undisclosed location in the UAE in solitary confinement" with limited access to the consulate and his family as well as no access to a lawyer. He was also held incommunicado for two weeks following his arrest, Tejeda told the HRW, adding that security forces did not allow him access to a legal counsel until October 10.

Reiterating that prolonged solitary confinement is prohibited under international law and be considered as "cruel, inhuman, or degrading treatment" the HRW said.

Tejeda said Hedges had been told only five days before his trial that he "was being charged with gathering information and sharing it with a foreign agency - the U.K. Government". UAE authorities also didn't disclose detail about his charges, leaving him in the dark.

Tejeda argued that this "majorly jeopardized Matt's possibilities to get external legal representation," adding that after 20 lawyers turned down requests to represent Hedges, he was appointed a lawyer, who is not fluent in English, by the court.

"Matt was in the UAE to carry out academic research for his PhD. Since he was detained on May 5, 2018 he has only ever been granted two consular visits which is in direct violation of his rights," Tejada said. She added that he was also only allowed two visits from his family, and apart from her visit she had only spoken to him on the phone a few times.

"The UAE invests considerable time and money painting itself as a progressive and tolerant country, but Hedges' case shows the face of an autocratic government with a fundamental lack of respect for the rule of law," Michael Page, deputy Middle East director at Human Rights Watch, said.

"UAE rulers cannot claim to preside over a global knowledge and education hub while locking up academics for months in solitary confinement."

Tejada also said Hedges was diagnosed with depression and anxiety shortly before travelling to the UAE for his research.

She said he had been allowed to take anti-depressants in prison, but added: "My big concern is that without the appropriate psychiatric treatment the effects of medication are not only not effective but can actually be counter-productive".

He was given a "worrying cocktail of antidepressants, anti-anxiety medicine, and sleeping pills", but denied access to a psychiatrist, Tejeda told the HRW. Hedges was hospitalized for excessive vomiting on Oct. 9, according to a British consular official.

Hedges also told his wife that he had been denied weekly showers and was forced to sleep on the ground for the first three months of his detention.

British authorities have said they raised Hedges' case with the UAE previously.

British Foreign Secretary Jeremy Hunt said "I've spoken to the Emirati foreign minister twice now on this matter face to face so they are very aware of our concerns and we are monitoring it very closely."

"Obviously every country has a judicial process and, just like in the U.K., in the UAE the judiciary operates independently of the politicians and we respect that.

"But we have a duty to make sure we are doing everything we can to make sure British citizens have due process," he added.

The UAE is a tourism and trade hub for the Middle East, but tolerates little public criticism of its monarchy or policies.