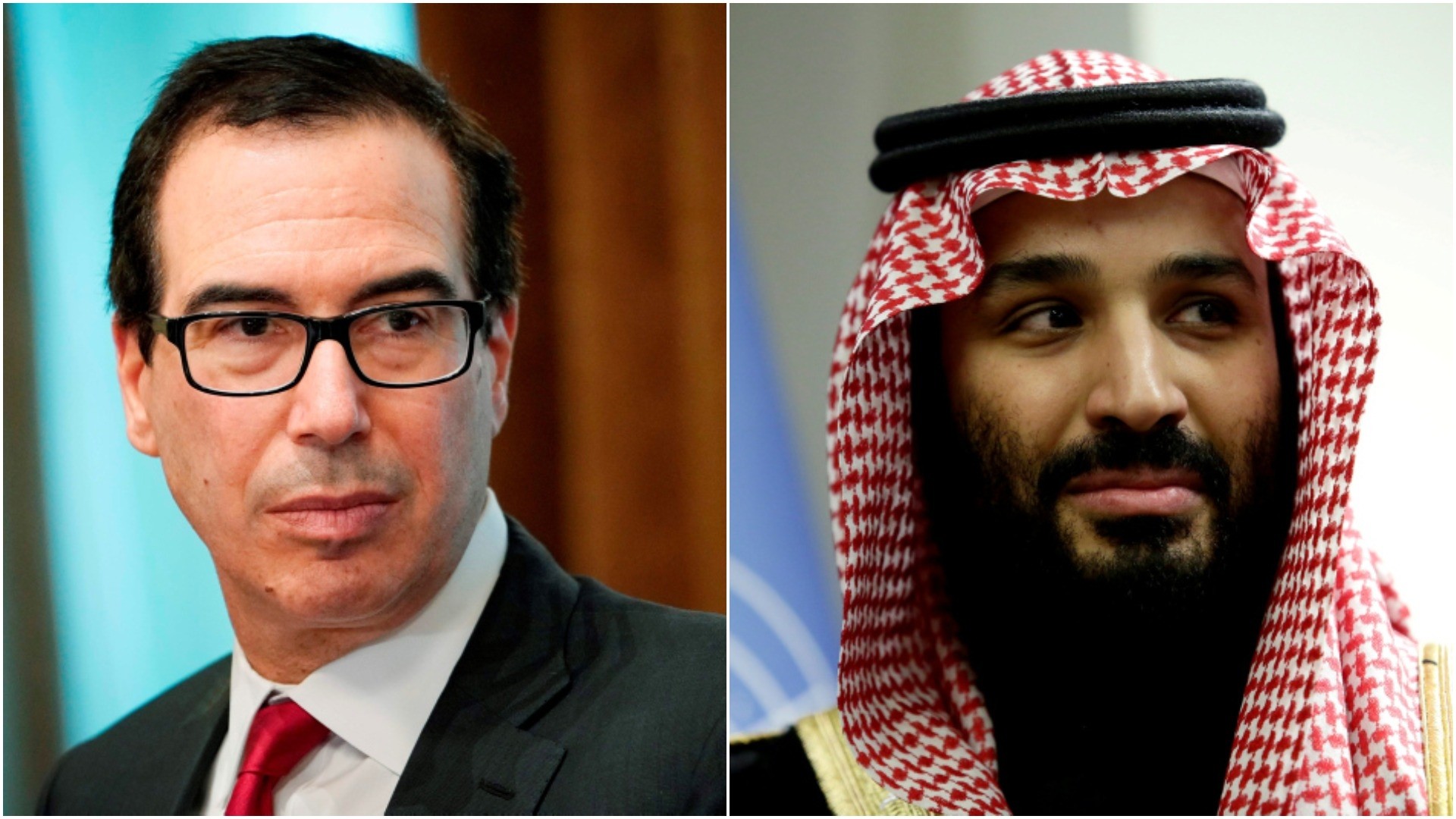 Mnuchin said on Sunday Saudi Arabia's explanation of the killing of journalist Jamal Khashoggi was a "good first step but not enough", adding that it was premature to discuss sanctions against Riyadh over the incident.

The Saudi crown prince and Mnuchin "stressed the importance of strategic partnership and the future role of this partnership through Vision 2030", the Saudi TV tweet said, referring to the kingdom's long term development plan.

Mnuchin is a among a wave of Western political leaders who pulled out of the forum amid global outrage over the journalist's murder in Saudi Arabia's Istanbul consulate.

The U.S. official said on Sunday he would not attend a major investment conference to be hosted in Riyadh this week, and that his visit was to hold talks on joint efforts toward countering terrorist financing and curbing Iran's military and political influence.

On Saturday, Saudi authorities said Khashoggi died in a brawl involving visiting officials, an account that has drawn widespread skepticism. Riyadh also said 18 Saudi suspects were in custody and intelligence officials had been fired.