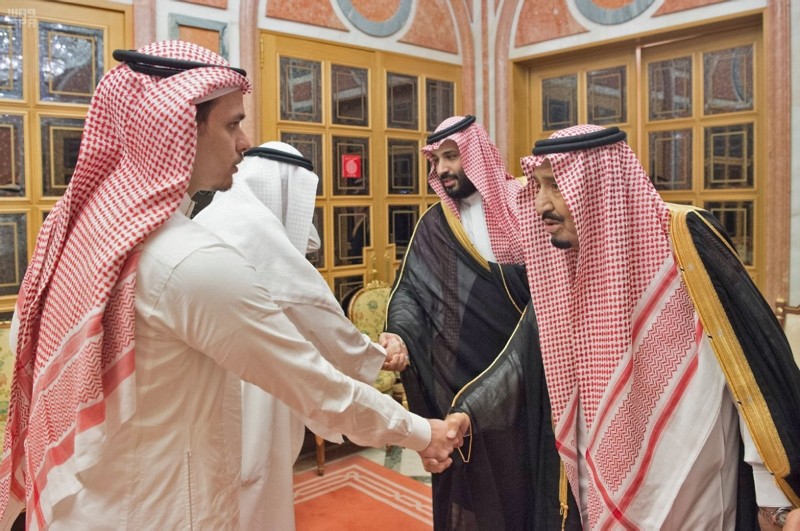 The king and the crown prince offered their condolences to Khashoggi's brother Sahl bin Ahmed Khashoggi and his son Salah Jamal Khashoggi, according to the report.

Sahl and Salah expressed their thanks to the king and the crown prince, it said.

Khashoggi, a Washington Post columnist and vocal critic of Prince Mohammed, was last seen entering the Saudi consulate in Istanbul on October 2.

While al-Jubeir told Fox News on Sunday that the kingdom was "determined to punish those who are responsible for this murder," President Recep Tayyip Erdoğan offered to have the suspects tried in Turkey instead of Saudi Arabia.

"I call on the top [Saudi] management, King Salman in particular," Erdoğan said Tuesday. "I propose putting these 18 people on trial in Istanbul. It is up to them to decide [on a trial], but such is my proposal and my demand."

Foreign Minister Mevlüt Çavuşoğlu said earlier in the day that Ankara is also ready to cooperate in a possible international investigation into Khashoggi's death.

Western powers in recent days have increased their pressure on the kingdom, with U.S. President Donald Trump holding calls with French President Emmanuel Macron and Erdoğan on the subject.