Israel PM overjoyed as US restores sanctions on Iran 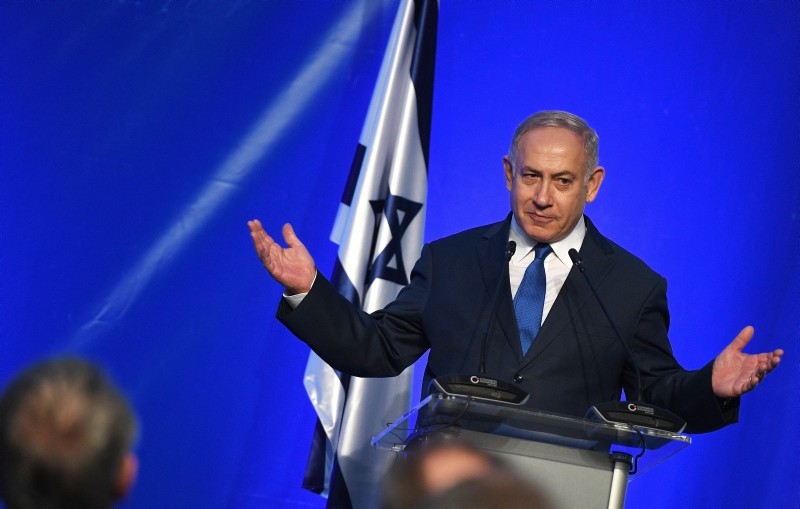 Israel's prime minister has praised the restoration of U.S. sanctions on Iran that were lifted under the 2015 nuclear deal.

Benjamin Netanyahu, a staunch opponent of the agreement concluded by the Obama administration, said Saturday that U.S. President Donald Trump had made an "historic" decision by restoring sanctions against "the murderous terror regime in Iran that is endangering the entire world."

"Thank you, President Trump, for this historic move. The sanctions are indeed coming," Netanyahu said in a statement released by his office.

In a statement from his office, Netanyahu said "the effect of the initial sanctions is already felt," referring to a financial crisis in Iran that has triggered sporadic protests.

"The riyal has plummeted, Iran's economy is depressed and the results are evident," he said.

The Trump administration restored sanctions targeting Iran's shipping, financial and energy sectors on Friday, but carved out exemptions for eight countries that can still import oil from Iran without penalty.

Meanwhile, the European Union, France, the United Kingdom and Germany — all signatories to the 2015 deal with Iran — have condemned the U.S. move to renew its sanctions on Iran.