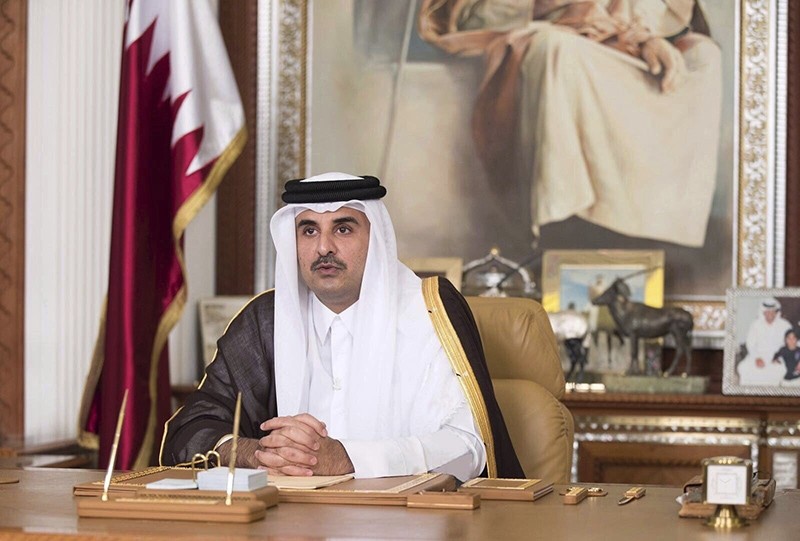 In this Friday, July 21, 2017, file photo, Emir of Qatar Sheikh Tamim bin Hamad al-Thani talks in his first televised speech since the dispute between Qatar and three Gulf countries and Egypt, in Doha, Qatar. (AP Photo)
by Daily Sabah with Reuters Nov 06, 2018 12:00 am

Qatar's Emir Sheikh Tamim bin Hamad al-Thani said on Tuesday he regrets the continuation of conflict with other Arab states but added that "crises will pass," outlining the nation's economic achievements over the past year.

The country would continue to develop its oil and gas industries as it is keen to preserve its status as the top liquefied natural gas exporter in the world, al-Thani said in a speech to the Arab state's Consultative Assembly.

Qatar's exports grew by 18 percent last year and the government slashed spending by 20 percent, he added.

Qatar's currency has preserved its value since the start of the rift last year and the economy has diversified to overcome the impact of sanctions imposed by other Arab states, al-Thani said.