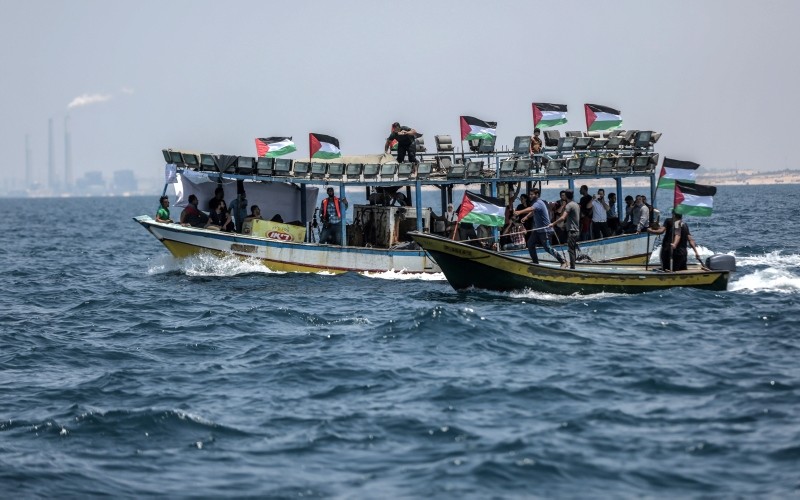 Palestinian activists sail on fishing boats during a protest against the Israeli siege imposed on the Gaza Strip, in the west of Gaza City, May 29, 2018. (EPA Photo)
by Daily Sabah Nov 10, 2018 12:00 am

Qatar and Israel have agreed to establish a sea crossing between the Gaza Strip and the island of Cyprus, a report said Saturday.

According to Lebanese newspaper Al-Akhbar, the agreement is part of the Egyptian-backed peace talks between Tel Aviv and Palestinian resistance movement Hamas, which governs Gaza.

On Friday, Palestinian civil servants in the Israeli-blockaded Gaza began collecting long-awaited salaries after receiving $15 million from Qatar, as part of efforts to ease tensions in and around the impoverished territory.

The funds were primarily to cover salaries of officials working for Hamas.

Qatar has also said it would hand out $100 to each of 50,000 poor families, as well as larger sums to Palestinians wounded in clashes along Gaza's border with Israel.