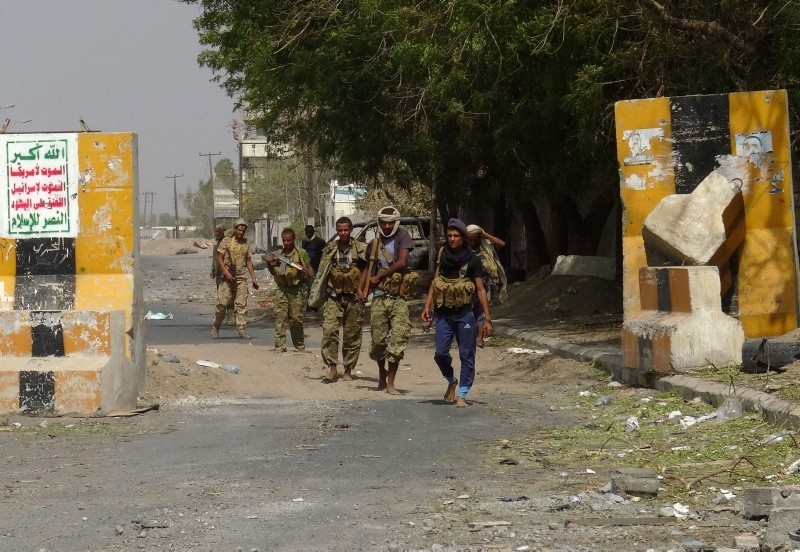 Yemeni pro-government forces gather on the eastern outskirts of Hodeida as they continue to battle for the control of the city from Houthi rebels on Nov. 10, 2018. (Photo by STRINGER / AFP)
by Compiled from Wire Services Nov 11, 2018 12:00 am

Troops entered residential streets in eastern Hodeida with the aim of "purging them of insurgents," according to a pro-government military official.

Fears for civilian safety have been rising since the loyalist forces renewed an operation to take Hodeida, which has been under the control of Yemen's Iran-backed Houthi rebels since 2014.

More than 400 combatants have been killed in 10 days of clashes in the city on Yemen's Red Sea coastline that is home to the impoverished country's most important port.

Hodeida is a vital lifeline for Yemenis across the war-torn country, as the majority of imports and humanitarian aid enter through its port.

The docks have been blockaded by the Saudi-led alliance since November 2017 over what the coalition says is arms smuggling from Iran to the Houthis. Tehran denies the charge.

"We cannot predict what will happen in the future, but at the moment there are no problems," Yahya Sharafeddine, deputy director of Hodeida port, told AFP.

Pro-government fighters moved into the neighborhood between the May 22 hospital -- the largest in Hodeida -- and Sanaa Road, which links the port city to inland Yemen.

Fighters clashed around the Al-Waha (Oasis) Resort, closing in on a civilian district located south of the hospital and north of Sanaa Road. 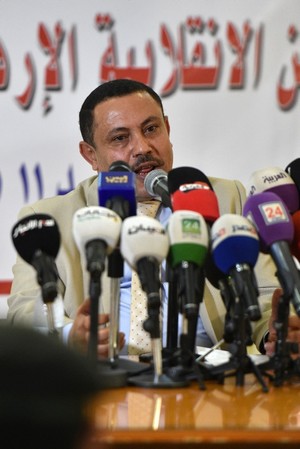 Meanwhile, the information minister of Yemen's internationally recognized government says his counterpart in the rebel administration has fled the country and defected to neighboring Saudi Arabia.

Moammer al-Iryani told The Associated Press Saturday that his rebel counterpart, Abdul-Salam Ali Gaber, arrived in Saudi Arabia with his family after they fled Sanaa, the Yemeni capital, which has been under rebel control since 2014.

Gaber is the most senior member of the Houthi administration to defect since civil war broke out in 2014, dealing a blow to the rebels' image.

Gaber appeared Sunday at a press conference in the Saudi capital, Riyadh, where he lashed out at his former cohorts.

"The [Houthi] militias are sending children to war in the name of religion," he told a televised press conference in Riyadh, adding that the Houthis are not true Muslims.

He added that he was forced to join a movement he called the rebel "misleading campaign."

"The Houthis are breathing their last and have reached their last days," Gaber added without elaborating.

The Yemeni government on Sunday also accused the Houthi rebel group of using civilians as human shields in Hodeida.

"Houthis are deployed on the roofs of citizens' homes and using hospitals, schools and worship places as a base for military activities," the Human Rights Ministry said in a statement cited by the official Saba news agency.

The ministry decried the group's practices which it described as "a crime and a blatant violation of international humanitarian law and international law."

The ministry said it is documenting all rebel violations, including forcing children to fight on the frontlines.

Houthis were not immediately available for comments on the accusations.

Saudi Arabia and its Sunni allies fear that the rebels will give their regional rival, Shiite Iran, a strategic foothold on the Arabian Peninsula.