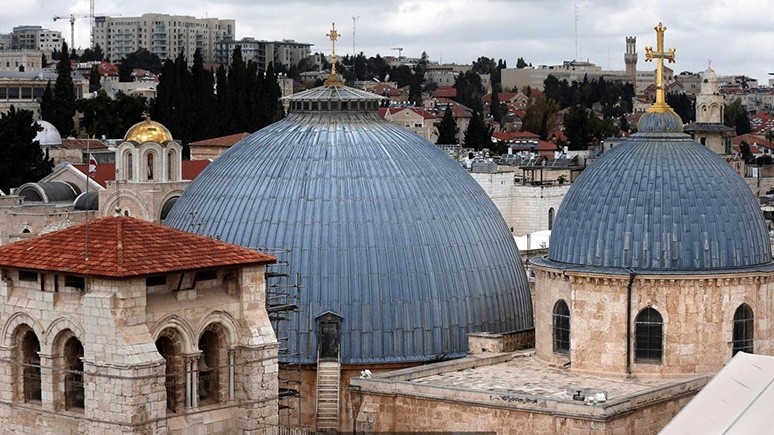 Israel has postponed discussion on a bill that would allow the state to seize church lands that have been sold to private developers.

Under pressure from church leaders, the Israeli government on Sunday froze debate on the contentious bill. Israel's churches have repeatedly blocked the legislation, claiming it could allow Israel to expropriate valuable properties.

The bill's sponsor, lawmaker Rachel Azaria, said church leaders have misinterpreted the bill. She says she is trying to protect thousands of residents living in buildings built on leased church lands.

Azaria said residents could face massive price hikes or even eviction from private developers when their leases expire in the coming decades. The uncertainty has caused property values to plummet.

Azaria said she hopes to reach a settlement with churches in the coming weeks.

A group of eight U.S. lawmakers from the House of Representatives and Senate sent a letter to Secretary of State Mike Pompeo on Monday protesting the bill's advancement in the Knesset, saying they are "concerned that this bill threatens the sustainability of the historic Christian presence in Jerusalem."

None of the lawmaker's offices who Anadolu Agency reached out to responded to requests seeking corroboration of the letter.

The lawmakers said "the impact of this bill will fall almost entirely on church properties."

"The resultant loss of church resources by provisions requiring church properties be subject to nationalization would make it impossible for the churches to continue to deliver their ministry within the wider community," they wrote asking the administration to "do everything in its power to work with the government of Israel to resolve this matter and ensure a lasting resolution."