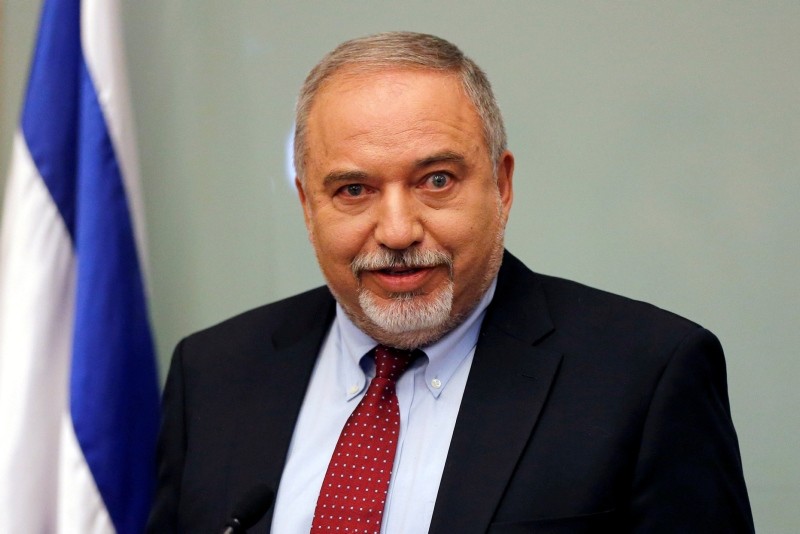 Israeli Defense Minister Avigdor Lieberman announced his resignation Wednesday after an Israeli raid sparked tensions with Palestinian resistance factions in the blockaded Gaza Strip and disagreements in the cabinet.

Announcing his decision in a news conference, which takes effect 48 hours after he puts it in writing, Lieberman deemed Tuesday's Egyptian-mediated deal with the Palestinian group Hamas "a capitulation to terror". He said he also fiercely objected to Israel's allowing Qatar to deliver $15 million in aid to Gaza last week. Prime Minister Benjamin Netanyahu will take over on an interim basis.

Following the announcement, a Hamas spokesperson said Lieberman's resignation was an admission of defeat and inability to deal with the Palestinian resistance, calling it "a political victory for Gaza."

Lieberman, one of the hawkish figures in Netanyahu's cabinet that include various right-wing parties, was considered responsible for the botched Israeli raid in Gaza on Sunday, which gave way to the worst violence between Israel and Palestinians since a 2014 war.

The clash that resulted from the blown covert operation killed seven Palestinians, including a local Hamas military commander, as well as an Israeli army officer.

Palestinian groups responded with rocket and mortar fire, as well as an anti-tank missile that hit a bus Hamas says was being used by Israeli soldiers. A soldier was severely wounded in the attack.

The latest violence saw 14 Gazans killed in 48 hours as the Israeli aerial bombardment flattened buildings and sent fireballs and plumes of smoke into the sky. Since March 30, more than 200 Palestinians have been killed by Israeli army gunfire -- and thousands more injured -- while taking part in ongoing rallies along the Gaza-Israel buffer zone calling for an end to the illegal blockade and isolation.

Lieberman's departure would probably also mean withdrawing his party from the ruling coalition with Netanyahu's center-right Likud. Without its five seats in the 120-member parliament, Netanyahu would be left with a majority of just a single seat. That could prompt Netanyahu to consider bringing forward a national election slated for November 2019.

Netanyahu on Wednesday defended a cease-fire agreement with Palestinian resistance factions in the blockaded Gaza Strip.

"At these times, the true leadership does not do the easy thing, but the right thing, even if it is hard," Netanyahu said in a statement.

"The leadership always stands up to criticism when you know things that are secret and difficult," he said.

Scores of Israelis demonstrated outside the Knesset (Israel's parliament) on Wednesday to demand Netanyahu's resignation, accusing him of "betraying" the people of southern Israel.

Netanyahu claimed that Palestinian group Hamas "begged" for a cease-fire, saying "they know very well why."

Lieberman, a former foreign minister, received the defense portfolio in May 2016. Despite his hawkish talk on Gaza, he has been criticized by another far-right party within the coalition, the Jewish Home, as easily swayed by a cautious military brass.

Born in the former Soviet Union, Lieberman's voter base is made up of fellow Russian-speaking immigrants, and rightists and secularists who share his hostility to Israel's Arab minority and the religious authority wielded by ultra-Orthodox Jewish parties.