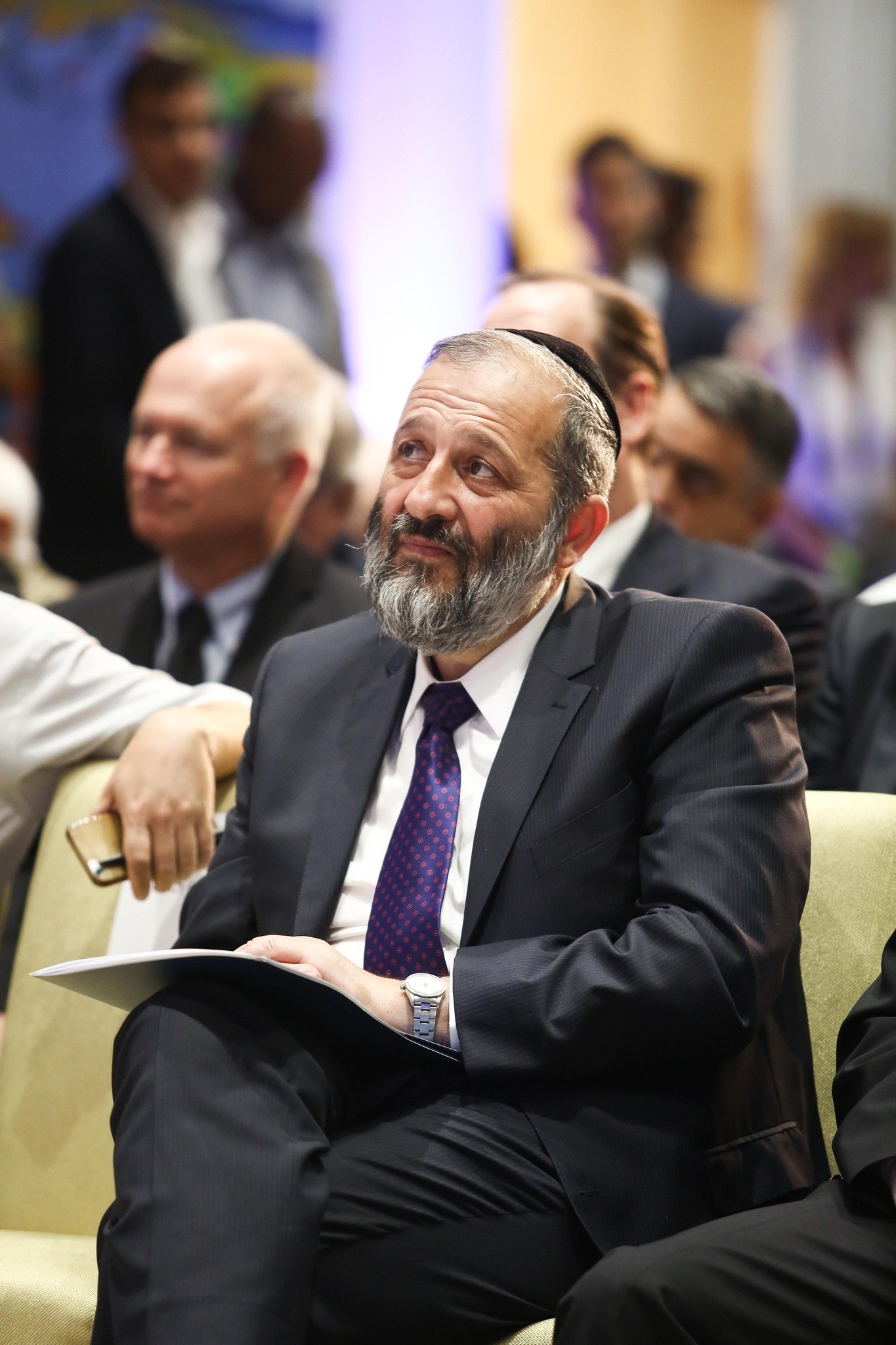 Israeli Interior Minister Aryeh Deri at the Herzliya Conference in June 2016. (Photo by Adi Cohen Zedek)
by Compiled from Wire Services Nov 20, 2018 12:00 am

Israeli police are recommending charges be brought against the country's interior minister in a major corruption case.

Police spokesman Micky Rosenfeld said Tuesday there is "evidentiary basis" against Aryeh Deri that he committed fraud and breach of trust, as well as for the commission of millions of shekels in tax offenses, money laundering and the disruption of court proceedings.

Police said the investigation focused on money transfers to the interior minister, who is the leader of the ultra-orthodox Shas party, linked to land sales.

Police have questioned Deri and his wife on suspicion of receiving illicit payments from businessmen. They deny any crimes were committed.

Deri was previously sentenced to three years in prison for bribery, fraud and breach of trust in 2000 during his previous stint as interior minister in the 1990s. He served 22 months in prison but made a political comeback and retook the reins of the Shas party in 2013.