Saudis, Houthi militias forced to sit at the negotiation table 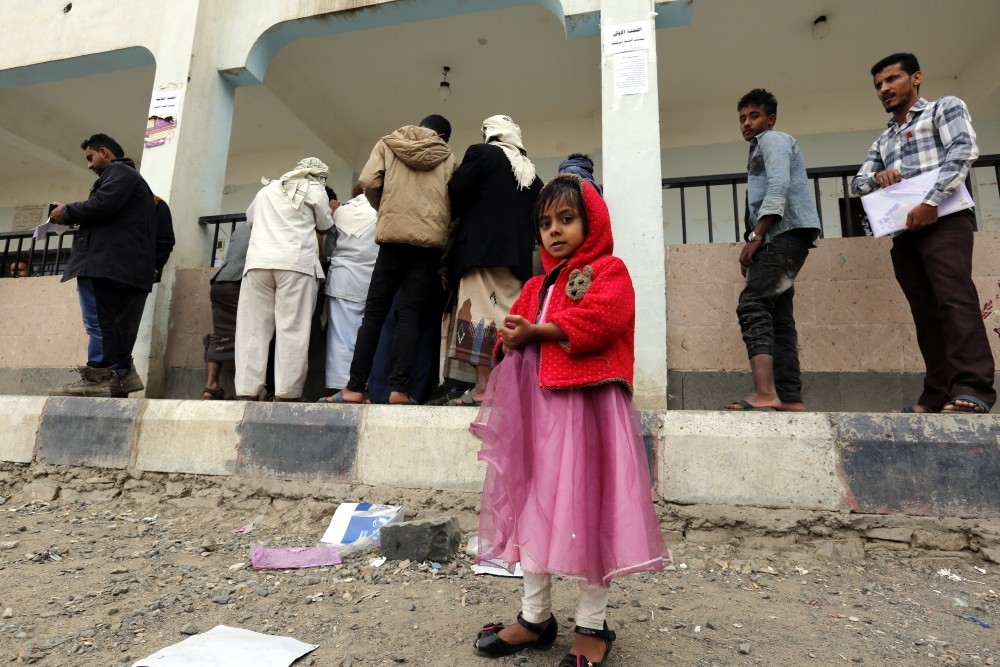 The Saudi and UAE-led war in Yemen has caused growing international unease after high-profile coalition airstrikes killed scores of civilians, many of them children.
by Yusuf Selman İnanç Nov 20, 2018 12:00 am

Mounting pressure on Saudi Arabia after the Khashoggi case and steps taken by the Houthis recently have led to a halt in attacks by both sides, at least in the strategic town of Hodeidah

Following the murder of Saudi journalist Jamal Khashoggi in the Saudi Consulate in Istanbul, the attention of the international community then focused on other Saudi activities. Naturally, one of the points where the kingdom was severely criticized was its actions in Yemen. In the already impoverished country, a coalition under the leadership of Riyadh has been mounting a military operation to purge the Iran-aligned Houthi movement militias. With calls from the United Nations and other international organizations, the Saudi-led coalition has halted its attacks on a specific city. In turn, Houthi militias declared that they would stop sending drones and missiles into Saudi Arabia, the United Arab Emirates (UAE) and their Yemeni allies in line with the U.N.'s demands.

In terms of the humanitarian crisis and strategies, the most concerned city was Hodeidah. Saudi Arabia and its coalition partners strongly believe that it would be a major blow to the Houthis if Hodeidah was captured. The town has strategic significance as it enables the rebels to receive aid from abroad. The town is located near the Red Sea opposite Eritrea. It is alleged that due to the lack of state authority in both Yemen's and Eritrea's coastal areas, it is easy to deliver weapons and other necessary war materials. Houthi rebels have been controlling Hodeidah since 2015.

The battle over the strategic town has come at a price for Yemeni residents, who had already been suffering from shortages of basic materials, including food and clean water. Early on in the battle, no fewer than 500 people had died, while thousands lived in fear, trapped with no means of escape or a safe place to take refuge. Saudi Arabia remained indifferent to the calls from the international community, the increasing humanitarian price of the war and the fact that the battle would remain futile. The Houthis, however, seemingly were not looking for peace but instead a temporary cease-fire, which had nothing to do with the ongoing humanitarian crisis but instead that they saw the pressure on Riyadh as an opportunity to take a breather.

Mohammed Ali al-Houthi, head of the Houthi insurgents' Higher Revolutionary Committee, on his Twitter account said, "All [Houthi] official Yemeni sides to issue directives to end launching missiles and drones against aggression countries ... in order to deprive them from any reason to continue their aggression and siege." This statement came after U.N. Special Envoy for Yemen Martin Griffiths said he would visit Yemen's Sanaa "to finalize arrangements for peace talks in Sweden."

It is uncertain whether the warring parties will keep their promises or if an arrangement in Sweden will be effective to halt the war in Yemen; however, it is certain that the dimension of the humanitarian crisis has reached an alarming level. Also, the ongoing Khashoggi case could be employed as an opportunity to mount pressure on Saudi Arabia, while the Houthis may fear that Saudi Arabia's recent move to halt attacks on Hodeidah may turn the tables on them.